Many parents struggle with whether or not family nudity is acceptable, and while most experts say it is, there are still several important things you should consider.

Plenty of parents can relate to the struggle with the nuances of family nudity, particularly when it comes to children seeing Mom or Dad in the buff. So many questions arise: Is it OK as long as he seems comfortable? What if she starts making horrified faces? Should a child ever see a parent of the opposite sex naked?

"There's nothing inherently wrong with being nude with members of your family," says Paul Abramson, a professor at UCLA focusing on human sexuality. Research is limited but one study found exposure to parental nudity had no harmful effects for kids age 3 to 6.

But it can still be a tricky topic for any parent to handle, especially as their kids start getting older. Experts explain how to navigate the topic of nudity with children and when it might be time to start covering up.

The Naked Truth on Family Nudity

Choosing to embrace nudity in the home is really up to the parent. But experts say it's important to set some ground rules. Make it clear to your child that the clothing-optional mindset only applies to your home and that other families may have different rules, says Amy Lang, a sexual health educator in Seattle, Washington. Make sure your child realizes they need to put on clothing when other people are around since guests may not be comfortable with it, adds Lang. And be firm. Stick to whatever boundaries you establish.

Note that not everyone in your household will be comfortable with nudity. Aaron Pross, a Delaware dad of three girls, noticed that he began to cover up more and leave the room to change as his oldest approached the age of 4. "I was raised very conservatively, so that mentality is kind of ingrained in me," he says. "I just don't want to be seen naked." And that's perfectly fine, too.

"If you're comfortable being naked in front of your kids, be naked. If you're not, keep your clothes on," explains Lang. "As long as the message is that it's about privacy and not shame, embarrassment, or anything negative."

How to Raise Your Kid in a Body Positive Way

Be Open to Answering Questions

As kids approach the age of 3, they start to become curious about their bodies, what they look like, and how they function. That applies to toes, tummies, and noses, but also to body parts typically covered by underwear or a swimsuit. When kids see a naked body, whether intentionally or by accident, it's natural for them to have questions.

California mom Martha Shaughnessy has found that her boys, ages 4 and 6, have become more inquisitive as they get older. Questions range from why some bodies have hair to why some people have a penis—and others don't. "We feel it's a good way to demystify and explain bodies as the questions occur versus having to do a more formal introduction later," says Shaughnessy.

Staying calm and answering any questions matter-of-factly is a positive approach, says Lang. "If you can communicate to them that you are totally down with whatever questions they have, they're going to be more likely to come to you when they have a problem with their body," she adds.

That was the case for West Virginia mom Amanda Uch. Her 7-year-old daughter, who knows the proper terminology for female genitalia, had no problem complaining of vaginal irritation. "I plucked her up, tossed her in the bath, and explained that she needed to wash herself because she got toilet paper stuck," she says.

And truth is that, despite a parent's best intentions, children will be exposed to the sexualized, photoshopped, and airbrushed images of nude or semi-nude adults prevalent in advertisements and on magazine covers. That's why having conversations sooner than later is a good idea. "We have to start teaching kids at a young age that we are imperfect by nature, and our bodies go through changes and transitions," says Aviva Braun, L.C.S.W., a New York-based social worker specializing in body image and eating problems.

But try and keep responses age-appropriate and don't go into more detail than necessary at that moment. "It doesn't have to be a huge discussion," says Braun. Keep it light, offer a straightforward answer, and return your focus to the task at hand.

Pay Attention to Your Child's Feelings

Regardless of your viewpoint, be aware that your child's attitudes toward family nudity may change as they get older. "The general lesson for much of parenting is that the child is often a really good guide," says Alan Kazdin, Ph.D., director of the Yale Parenting Center in New Haven, Connecticut.

Your child may start shutting their bedroom door when they change or turning their back to you when getting dressed. They may make a hasty retreat after accidentally walking in on you naked or even request that you keep your clothes on.

Talking About Sexuality with Your Preschooler

It's also a good idea to check in with your child periodically to make sure they're still OK with your family's approach to nudity. Especially as they near puberty, usually around age 10. "It's a very vulnerable time when kids' bodies are starting to change," explains Braun. "They might want to cover themselves up at that age and not be very open."

And if that's the case, parents should make it a point to listen. "It is imperative that you respect your child's wishes in terms of covering up or what they need in terms of their privacy," says Lang. "You want them to know that a safe adult respects a child's boundaries." 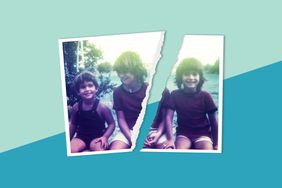 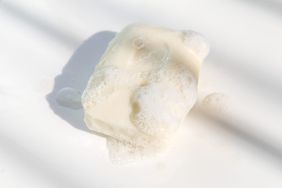