As a Mom of a Son With a Limb Difference, Here's Why I Was Especially Disappointed By 'The Witches'

One mom shares her thoughts on the backlash related to one character's portrayal in the remake of the dark fantasy comedy film.

When I first heard about Warner Bros' The Witches, a dark fantasy comedy film based on the 1983 Roald Dahl book, I was home from work watching my 9-month-old son, Jack. Two days prior, he had had reconstructive surgery on his left hand. In February of 2020, he was born with complex syndactyly, which is when the fingers are formed fused together.

That day, my social feeds were chock-full of photos, stories, and captions from groups such as The Lucky Fin Project and parents of children with limb differences like my son. These people have become a lifeline for me since having Jack.

All over my feed, children, teenagers, and even adults had written words "not a witch" across their hands and arms in defiance of actress Anne Hathaway's portrayal of the Grand High Witch—a character who is portrayed with three fingers, looking very much like ectrodactyly (split hand)—in the new film.

In movie reviews, words such as "creepy" and "sinister" were being used to describe Hathaway's portrayal; words I would never use to describe my child or any other person in the limb difference community.

It was hard to fully comprehend exactly how I was feeling. After all, The Witches is a fictional movie; the Grand High Witch a fictional character, although described as having "thin curvy claws, like a cat" in Dahl's book. I was an English major. And as a lover of all things fiction, I felt strange feeling an unexplainable twinge in my belly.

I found out about Jack's limb difference at my 16-week ultrasound. My pregnancy with Jack was my third pregnancy; my first successful one. It was the longest road to get to that point, and I finally felt like my husband Mike and I had rounded a corner. That day, we sat in a dark room and watched the ultrasound technician move around my belly as she called out all of the baby's body parts and organs. We simultaneously let out two big exhales at each one. Then my husband laughed: "He looks like he has no hand." I immediately said back, "Don't even joke about that." I had no idea what would come next.

After the ultrasound, a fetal-maternal specialist came in to talk through the results. It's a conversation I'll have burned in my memory forever. As anyone who has had one of these scans knows, our ultrasound tech was pleasant and as informative as possible. He started off by saying that all signs pointed to a very healthy baby, but that there was an "apparent anomaly of the left hand." That meant our son did not have five fingers. Blindsided, I only really remember words and phrases—"genetics" or "likely isolated"—from there on out. I sat there crying, unable to find words. Was this my fault?

I eventually mustered together, "Could this be a mistake?" The doctor very confidently said that that was highly unlikely.

It was a traumatizing experience.

The months that followed that appointment were the most blissful and confusing months of my life. I loved being pregnant. I loved feeling my little boy move around inside of me. I could not wait to meet him. Would he look like me, or would he look like Mike? But lying somewhere underneath my bliss, I was filled with fear. It was constant. Will there be something bigger wrong with him? Would I be able to handle it?

Looking back, those questions seem silly to me because through my transition to motherhood, I've been able to truly harness my power in this role. I am his mom for a reason, and I am capable of weathering anything—good or bad—when it comes to Jack.

So, when I heard about The Witches, it filled me with dread. I pondered a potential answer to my deepest fear: This world could treat my son differently for being different.

In our eyes, Jack is our perfect son. And when it comes to The Witches' portrayal of the Grand High Witch, the problem is that this movie takes a physical disability that impacts 1 in 2,500 babies and teaches children that it's scary, that it's something to be feared because it's something that's different from the norm.

The limb difference community is small. But it is full of happy, thriving, and perfectly made people of all ages like my son Jack. And most importantly, these people are different from the majority—not by choice, but by design. Adversity helps shape this community into what it is, and we wouldn't want it any other way.

When I look back now to that question I asked our ultrasound technician ("could this be a mistake?"), I get angry at myself. Jack has brought our family more joy than words can express and I know he was made exactly how he was meant to be made.

And the more I looked through my social feed the day I found out about the film, I noticed statements that this community should not be pitied—that they are strong, beautiful, and content with the way they were made. I looked over to my son who was babbling to himself and playing, pulling up on his walker to stand with his hand wrapped up in a large cast from his surgery just days before. I thought to myself, "this really isn't about pity."

I am thankful to be living in a world where differences are celebrated. But it is up to us as parents to teach a younger generation that differences are what make the world grow and change. Most importantly, it is on us to teach our children to be kind to others who are different. This does not just apply to limb differences—it applies to all disabilities (seen and unseen), race, gender, ethnicity, sexual orientation, and more.

Before having Jack, I was the person to think that people were "too sensitive." Where had all of the fun gone? You can't joke about anything anymore!

But it's important for moms and dads everywhere to know that parents of those who are perceived as different—parents like myself and my husband—spend their whole lives teaching their kids to be proud of who they are. All it takes is one incident to chip away at that.

Hathaway recently released a public apology in response to the backlash she received for her portrayal of the Grand High Witch in the film. It really hit home because it came from the place of a mother. She acknowledged that this disability was a blind spot for her; like so many others—myself included before Jack. She apologized for the hurt and pain that she caused to children and to those who love them. While you can never control how someone will perceive your actions, it's the sincerity of your actions that follow that speak volumes to those you've hurt. With her apology, she included a link to a Lucky Fin Project video, where she has helped drive awareness to a community she had let down.

I recognize that it may be easier to turn the other way from issues like this because you can't relate. And I may have even been that person when I was younger. But as a parent of a perfectly imperfect little boy who is perceived by this world as different, I ask you to do the more uncomfortable thing and take a closer look. Teach your children to lift others who are different from them up. Teach them to be inclusive. Teach them to celebrate differences. The future will be a better place for all children because of it. 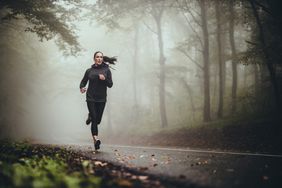