When Your Kid Bosses You Around

Believe it or not, your kid wants you to step up and take charge already.

These are some of the prestigious jobs held by people I have met in the last several years:

And all of them have this in common: Their young kids boss them around like you would not believe. Then again, maybe you would. Because if you’re reading this, it’s a good bet that your kid is doing the same to you.

Do you remember being little and having your parents do everything you wanted? Remember the rush you got when you didn’t have to say a word—you just pointed and grunted at something and your parents jumped up to bring it to you? Remember that time they told you no and you had to make a couple of angry noises to make sure that they didn’t try that again? Yeah, I don’t remember any of that either. But I bet your kid does.

On the other hand, think of how you behave with other adults: If some jerk tries to cut you off in traffic, you don’t automatically cede your spot, open your window to apologize for being in his way, and then toss him 50 bucks for his troubles. You might let your supervisor at the office or the alpha mom in your child’s preschool put you down just a little bit, but in general you conduct yourself with a certain amount of confidence, poise, and dignity, right?

All that flies out the window the second your kid tells you to do something. No matter how many degrees you have, no matter how many employees you oversee, no matter how many people hang on your every word about fashion or vaccines or stocks or climate change or crowdsourcing, you turn into a blithering idiot (no offense), ready to hear and heed whatever ridiculous order emerges from your kid’s mouth. You may be perfectly comfortable in a chair, but you leap out of it because your kid’s demanding to sit there. You may not actually want your kid playing with your engagement ring, but you hand it over because, you know, she’s tugging at it.

As a former teacher, I understand what you’re trying to do—and even though I may not sound like it, I’m actually pretty sympathetic. You know how hard it is to be a little kid (though maybe it’s not so hard to be yours), and you want your kid to feel heard, valued, and loved. You don’t get to spend as many hours with her as you’d like, and you want the time you do have together to be positive and fun for her. You hate seeing her act sad or upset, and she acts sad or upset when you don’t do what she says. You want her to know she can count on you, and letting her boss you around seems to prove that you’re on her side and in her corner.

The problem is that letting your kid boss you around doesn’t really help with any of this. While she may appear to be having an awesome time running the show, and while she may look completely satisfied in her role as Boss of You and Your Home, she’s actually freaking out. Rather than thriving under your reliability, care, and protection, your kid is growing more terrified with every exchange. Rather than learning that she can depend on you, she is wondering if anyone is ever going to step up and take control.

Think of it this way: Imagine that you’re sick and don’t know exactly what is wrong. You’re feeling pretty bad, plus you’re nervous about all the superbugs being created by overuse of antibiotics, and as soon as the doctor enters the room you blurt out rudely, “Just so you know, I really don’t like taking antibiotics.” Instead of nodding briefly, examining you, and telling you what the problem is and how to get rid of it, the doctor backs away anxiously. “Okay,” she says, “No antibiotics. Got it.” She fumbles with her prescription pad, scribbles something, and says, “Here’s the name of a homeopathic remedy that might help.” “Wait,” you say, “Aren’t you going to check me out?” But the doctor’s too intimidated by you to respond.

Or, if you’re not so into conventional medicine (but please get your kids vaccinated anyway, I mean really), imagine that you’re getting on an airplane and when the pilot overhears you telling the flight attendant that the cabin looks filthy, he cancels the trip. Or that you meet the president of the United States and tell her that you think the war is immoral and she immediately disbands the armed forces.It’s fun having this power for about 30 seconds, right? But pretty soon you’re feeling bewildered by these experts who let your posturing derail them from carrying out their responsibilities, angry at the people who are supposed to be in charge for failing to maintain control, and wondering how you can give up the reins of authority and put things back the way they are supposed to be. Because you were just looking for a little bit of attention, just trying to push the envelope, just trying to assert yourself—you didn’t actually want to be the boss.

Under all her pointing and grunting and ordering you around, this is how your kid really feels. Sure it was fun at first—fun to exercise some power, fun to keep the grown-ups on the run, fun to have her bidding done. But now it’s pretty awful. Because just as you count on doctors and pilots and presidents to know what is going on and to keep you safe, your kid is counting on you. Just as you feel better knowing that someone trained and knowledgeable and trustworthy is in charge of things outside your area of expertise, your kid will feel better knowing you’re the boss.

Realizing you’re in charge will give you an extra boost of confidence in changing the dynamic between you and your child. Face it: A competent adult being bossed around by an otherwise-adorable kid is not as cute as you think (a giggly, half-apologetic “She loves to be in charge!” charms no one, I am sorry to say), and the situation only gets worse.

Your kid will not miraculously outgrow bossing you around, nor will it get easier when she’s old enough to “use her words”—she’ll only use them to further her cause, and you will find yourself engaged in complicated negotiations over everything from bedtime to homework to why you will absolutely not take her to Riley’s party when she has not cleaned her room in weeks except that of course you will.

And those twinges of regret and annoyance you now feel as you kowtow to your kid’s commands to “get me play dough” and “unhhh!— the blue play dough!” will magnify over time—and before you know it, you will wake up to find that your precious angel has morphed into an arrogant, demanding tween.

Even if you’re still not 100 percent sure that I’m right about this one (I am), at least dare to imagine that you’re old enough and competent enough to be the boss of your own kid rather than the other way around. With this attitude in place, you can listen to, evaluate, and respond appropriately to your kid’s requests: “I hear you want to sit in the chair, but I’m sitting here. You can sit on my lap or on the couch.” “I hear you want to play with my ring, but the ring stays on my finger. You can look at it or play with something else.” “I hear you want me to leave you alone, but you need a grown-up with you in the kitchen.”

These answers may seem stilted, but soon enough they’ll be flowing from your lips. They accomplish what you were hoping to accomplish when you let your child boss you around—they assure your kid that she’s been heard and that her wishes are important to you—but they also remind her who’s in charge. By providing a template for reacting to your kid’s demands, these responses help you stay firm in the face of her attempts to boss you around.

Will this new dynamic be an instant hit? Of course not! But if you remain serene and consistent, it won’t be long before she adjusts quite nicely to the new reality. And in the meantime, don’t worry that she’s resenting it; she might as well learn now that a major part of your job is to do things that are in her best interest but might piss her off mightily. And while she seems bigger than the universe to you, she’s actually still very small and pretty much without resources for punishing you for foiling her fantasy of world domination. She can’t dock your pay, seize your 401(k), or even take away the car keys. That is, as long as you put them up on a counter she can’t reach. 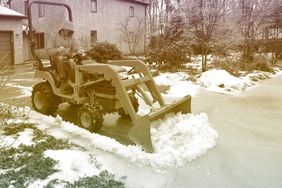 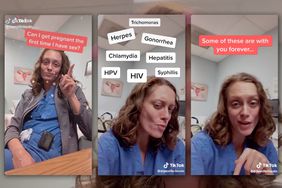 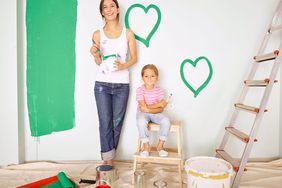 20 Tips for Remodeling Your House When You Have Kids 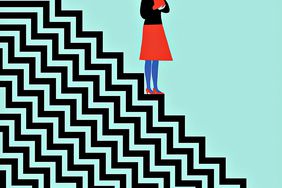