I knew I had the same quick temper as my dad and I felt myself getting angry at my daughter for simple things. But the day I yelled at her over milk was the day I realized I needed to handle anger differently.

It was an hour past bedtime, and my 2-year-old daughter, Lucy, was still in the living room. I was staring down at least two hours of post-bedtime work on my laptop, and I had just filled her glass when she insisted she wanted “white” milk instead of chocolate. Then I saw the milk puddle into a big mess on the brand-new rug, the one I’d told Lucy a million times not to walk on if she had a cup in her hand.

“Lucy!” My voice echoed sharply as I felt anger rising from my stomach. Her wide smile crumpled.

My father always had a temper, and yelling was part of our landscape at home. He never physically hurt my brothers or me, but his anger was like a thunderstorm in the middle of a summer day: intense, unexpected, and loud. Holding a fork the wrong way, talking too quietly, or accidentally breaking something could all incite his anger. As I got older, I learned that I’d inherited his quick temper. I would bark at the barista if my drink order wasn’t quite right, one mortifying time slamming my coffee down on the counter so hard in frustration that cold brew splashed on the floor.

And as my daughter became increasingly independent, with more of her own ideas, I would feel anger surging inside me almost all the time. Why couldn’t Lucy understand that hurry meant go instead of look at the ducks on our walk to school? Why did I have to tell my toddler 20 times to put on her shoes in the morning? I started lashing out in Facebook threads, gossiping about acquaintances, and honking aggressively while driving.

Of course, I’d snapped at Lucy before, but the milk episode was a full-on yell, edging beyond exasperated and toward out of control. As soon as the word left my mouth, I paused, fear ricocheting through my core. I didn’t remember the first time my father yelled at me, but I knew that I must have felt the same shock, betrayal, and sadness that were stamped on Lucy’s face.

I sank to the ground and reached my arms out, feeling guilty while she nestled into my shoulder, wiggling her face against my neck so she could get as close as possible while she sobbed. Later that night, when we finally lay down in her bed, my hand over hers while I smelled the scent of her baby shampoo, I thought back to my outburst.

“You know how Mommy got mad earlier? I didn’t mean it. It’s just that sometimes I feel like the anger is in my belly, and it’s like this red cloud, and it just gets bigger and bigger and it explodes. And that’s what happened,” I explained, my own voice catching in the dark. “Do you ever feel like that?” I wondered out loud.

Admitting When I'm Wrong Doesn't Make Me a Weaker Parent

“Pink!” she said triumphantly. And then she launched into an animated conversation about how the mad feeling she saw in her mind was glittery, and how it looked like the pink on the wings of fairies. As she crafted a story, I felt the hard knot in my stomach begin to unwind. It wasn’t just from the tension earlier that day. I think it had been from the whole past year of holding back my frustration. I’d always internalized anger as red—vibrant, scary, with enough power to destroy. But Lucy didn’t see it that way. Maybe if I could reframe the way I saw anger, I could learn to handle it before I exploded.

Today, six months after that outburst, Lucy lets me know when her feelings are edging into the pink zone. We talk about how frustration and anger are part of the normal range of emotions. I tell her when I’m annoyed over a work project or because the WiFi is down, even if she’s not listening to me. Lucy understands that I can see her own short fuse—the sigh, the lip curl, the flash of annoyance on her face when a block tower falls or she can’t pull her shirt on—but I also see the way that she pauses, breathes, and lets herself work out the situation.

5 Ways to Manage Your Child's Anger

It took my glitter-loving toddler to make me realize that it was never anger that defined me; it was the fear of an explosion like my dad’s. By finally learning to talk about anger—using the words of a child—I am now able to deal with it. More important, I’m no longer worried that Lucy has inherited a short fuse. Not only am I confident she’ll have the tools to handle outbursts whenever they arise, but I also know she will be able to use her strong emotions as an asset without losing her cool (or her coffee).

Was this page helpful?
Thanks for your feedback!
Tell us why!
Related Articles
Postpartum Rage: One Mom's Uncontrollable Anger After Giving Birth 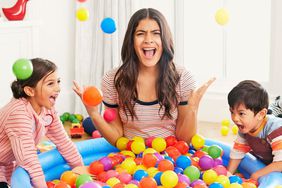 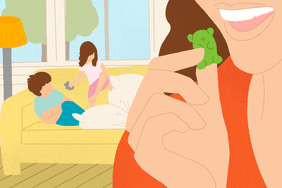 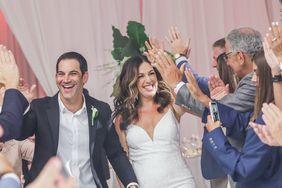 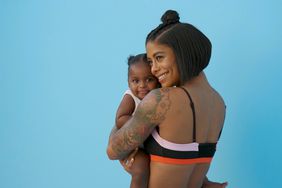 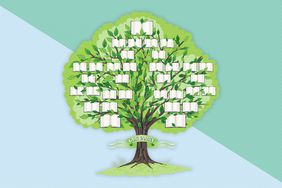