It's no secret that most boys are active, loud, rambunctious, and are prone to roughhouse. Before losing your temper, we have the tips to keep you sane while parenting boys.

Before having kids, many of us dream of children quietly looking through books or gently placing blocks together to build a tower. Of course, once we are parents, we quickly realize that kids can be boisterous, and boys are usually more energetic, physical, and aggressive than girls are. Although there are always exceptions—not all boys exhibit the same behaviors or can be pegged to the same gender roles—more often than not, parenting boys can be a handful. For parents who may be at their wits' end, we have the tips to help you handle raising boys.

It can be disturbing when a child is drawn to toy weapons or violent video games, but what parents see as violence (a child pretending to kill a bad guy), the child sees as a dream of saving the world. Pretend play involving fantasy aggression—whether it's cops and robbers or zombie apocalypse—can be a useful way for boys to understand right and wrong. Plus, these games can often promote friendships and self-confidence. Gloria DeGaetano, founder of the Parent Coaching Institute, remembers that she vowed never to buy her sons toy guns, but "of course, sticks only lasted so long as magic wands; soon they became rifles and swords. When I found a stale peanut butter sandwich in the shape of a gun stuffed under the couch pillow, I waved the white flag." She purchased age-appropriate toys and came to understand that imaginative play is fine as long as a child isn't interested in hurting anyone.

If your child's friend feels the play is too rough, he will quit the game. But if you notice your child's frustration, seize the opportunity to introduce empathy, the process of trying to understand the feelings of others. This way, children can learn that hurting others is a no-no and they may learn to be more in tune with others. Also, "rough and tumble competitive play is very normal for boys throughout childhood," says Cynthia Edwards, a developmental psychologist in Raleigh, NC. If the play makes a parent uneasy, Edwards suggests redirecting younger kids to another activity, involving high physicality. "For older children, conversations about why a particular type of play or video game makes you uncomfortable can lead to constructive conversations about your family's values," Edwards says. "Your kids may surprise you with the maturity of their explanations for enjoying such games," even if your family has already established rules that prohibit hitting, kicking, or using objects as weapons.

Even when you're stressed about feisty behavior, it's important to keep calm. "One thing parents should avoid is responding to aggressive play with punitive, aggressive behavior of their own. Although a spanking or severe scolding may stop the behavior for the moment, children who are punished severely are actually more likely to behave aggressively in the long run," Edwards says. Instead, model polite behavior and be sure to praise kids when they are well-mannered. Be interested in their interests, like bugs or robots, and ask questions about them. Then, praise your kids if they store up knowledge about different insects or if they take good care of prized toys.

Boys, despite the classic nursery rhyme, are not made of slugs and snails and puppy-dogs' tails. To develop your son's more sensitive side, explain the importance of kindness by sharing toys with friends and being gentle with pets. You can also read stories that focus on historical men who encouraged peace and equality. Discuss how the boxer Muhammad Ali exhibited extreme strength while also working for social justice or how Martin Luther King, Jr., lead peaceful and powerful demonstrations to support civil rights. Look for opportunities to develop positive male role models in your son's life—schedule time with dads, older brothers, uncles, and grandpas, or get involved with a volunteer mentoring program. Celebrating compassion and love can make a young boy feel better, even when nothing is wrong.

The Joy of Raising Boys

As boys develop an active role in accepting their sensitive side, it may become easier for them to talk about their feelings. Explaining an emotion can help dispel aggravation and reduce the likelihood of an emotional outburst. Family men in a young boy's life can help him understand feelings by modeling positive ways to express their own emotions. It may take a while for boys to develop the skill of talking about their thoughts and feelings, so be patient and encouraging. If it is clear, though, that something is wrong but your son doesn't want to talk, avoid pushing him to do so and take a break from asking him questions. Instead, simply give him a hug and let him know you'll be around when he's ready to talk.

Look Beyond the Dirt and Noise

The ring around the tub may be darker than it's ever been, but sometimes the best way to achieve peace of mind is to let things go. Remember that dirt washes off but memories of fun play can last for years. As a mother of two boys, Jackie Ghosen used to scrub her baseboards with a toothbrush, but she eventually learned to take house cleaning less seriously. "Somewhere along the way, I realized I could torture myself and my boys by trying to keep everything perfect, or I could relax and let us all enjoy life a little more." So allow boys to play in the mud, sectioning off an area of the yard if needed. As long as the play is safe and the kids are healthy, a hose can solve most mud problems.

As for noise, designate an area in your home. Set up play areas in a remodeled basement or utilize a bedroom farther away from communal rooms. But if you still can't handle a high decibel level in your home, take your kids to a nearby playground or park where they can let loose, scream, yell, and release their energy. After a stint of running and boisterous behavior, everyone can reconvene in the household kitchen for a mellow, well-deserved snack. 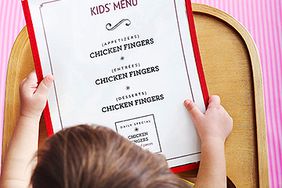 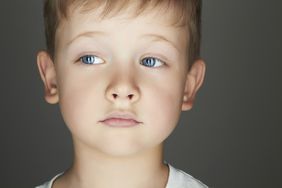