Is Sneaking Food at a Friend's House a Sign of a Problem?

A mom turns to Reddit for advice on what sneaking food at a friend's house could imply. Parents' expert explains how to get more information to determine the next steps.

I noticed my daughter's 13-year-old friend was sneaking snacks from our pantry after I gave them popcorn and ice cream while they were playing outside. The friend comes back inside the house by herself and goes to our fridge and grabs two more ice cream bars and goes straight into the bathroom. I let it pass on the first visit and the second. Maybe she's just really hungry? But it's a little more awkward after the third, fourth, and fifth time! I am concerned she has an eating disorder, or she's restricted from these types of food at home. She seems healthy and her parents are well off. I don't know her parents well, but should I talk to them about my concerns?

You describe a potentially complex problem with several possible explanations—none of which are easy to manage. Kudos to you for your compassion for this friend and your desire to approach the issue as thoughtfully as possible. No matter what your ultimate response is, I agree you need to take some action and shouldn't ignore your parent alarm bells.

Food Insecurity Can Cause Binge Eating

In the Reddit responses to your question, commenters resoundingly pointed out signs of food insecurity, sharing their experiences to recognize some telltale signs. For example, one commenter wrote, "My mom was the type to literally not keep food in the house. Like, no veggies or eggs. No ramen. No leftovers. Nothing to eat. For the entirety of my childhood... This all translated to me being hungry for days on end and I became insanely food insecure. I would eat as much as I could when the opportunity arose just because I didn't know when I would get to eat next."

It is true that children with a history of neglect, including unpredictable access to food, can develop food hoarding and overeating behaviors. I have seen this occur with teens who were adopted into stable, nurturing homes; early years of food insecurity can leave lasting emotional scars.

Although food insecurity is a significant issue for many children in this country, your original post on Reddit referred to knowing the family as well-resourced, so the classic food insecurity situation likely doesn't apply. However, the extreme nature of the behaviors you describe makes me wonder if her family is restricting food access for reasons other than financial ones.

How Unhealthy Relationships With Food Are Formed

Our culture has completely paradoxical messages about food and eating. For example, there is a high emphasis on healthy eating and dieting while also valuing large portion sizes at restaurants and low-nutrition foods in vending machines and school cafeterias. As a result, some well-intentioned parents adopt rigid and controlling approaches to food, which can result in their children developing an unhealthy relationship with food and eating.

One possibility is that your daughter's friend's parents restrict access to "fun" foods. Perhaps they label them "junk food" or simply "unhealthy," even though experts recommend not categorizing foods as healthy/unhealthy or good/bad (a preferred approach is to split less nutritious and more nutritious foods into "sometimes" and "always" categories).

Research has made clear that overly restricting or controlling a child's food choices increases problematic eating behaviors, such as sneaking, bingeing, and overeating. For example, a 2015 International Journal of Eating Disorders study evaluated the relationship between eating disorders and food-related parenting practices. Researchers found an association between food-controlled parenting practices and disordered eating behaviors in adolescents.

What to Know About Eating Disorder Risk

You're right to be concerned about a potential eating disorder, which could be the problem whether or not her parents are restricting food at home. I once worked for a few months on a medical unit for teens with severe eating disorders that required medical stabilization. Unfortunately, reading about eating disorders in adolescence does not begin to compare to seeing the profound psychological and physical damage they inflict on teens in real life.

Based on the description of your daughter's friend's behaviors in your full Reddit post, even if the behaviors do not check every box for the diagnosis of an eating disorder, they certainly fit a risk profile for her developing one. For example, according to the National Institute on Mental Health, symptoms of binge eating disorder include:

Though the first image that may come to mind when you think about eating disorders may be that of a severely underweight teenage girl, it is important to realize that eating disorders can come in all shapes and sizes and can affect people of all ages and genders.

What You Should Do

It's understandable to be hesitant about directly communicating with parents you do not know about what is likely a private problem. However, it sounds like you are filling in many gaps with guesses. So, before taking any action, it's best to gain a clearer picture of the situation.

Ask your daughter more questions about her friend and what she notices about food at her friend's house. Point out the pattern of missing snacks from your pantry. You can frame it as concern rather than blame and express you want to respond as supportively as possible.

Your daughter may have her own worries that she will be relieved to share. Or she may offer information about what her friend has disclosed to her—either about the family situation or the friend's eating struggles.

If more information yields concern about the parents restricting fun food choices at home, I think you would need to know the parents before broaching the topic. However, you can take steps at home to reduce access to abundance while continuing to serve the fun snacks they are accustomed to.

For instance, in her friend's presence, you might remind your daughter that they are welcome to everything laid out on the counter, but the food in the pantry and refrigerator needs to last until the next grocery store trip. This explanation offers a rationale that doesn't involve not wanting the friend to overeat.

Talk to the Parents

If you discover there may be eating disorder concerns, I encourage letting the parents know about what you have observed in your house. Because these secretive behaviors can signify a serious problem, most parents would appreciate the concern. Plus, it can allow them to get professional support sooner than later.

They may have suspicions of a problem but are unsure how worried they should be. Hearing your observations could help them realize the extent of the problem.

Despite your understandable discomfort bringing up eating concerns with parents you don't know, you clearly care about this girl. Your compassion has guided you to seek advice, and I hope you can convey this genuine concern to your daughter and, hopefully, her parents. It is possible that you facing your discomfort could open the door for this young teen to benefit in a way that far outweighs the difficulty of broaching it.

Submit your parenting questions on the Ask Your Mom form, which may be answered in future 'Ask Your Mom' columns.

Emily Edlynn, Ph.D., is the author of The Art and Science of Mom parenting blog and a mother of three from Oak Park, Illinois. She is a private practice clinical psychologist who works with children and adolescents. 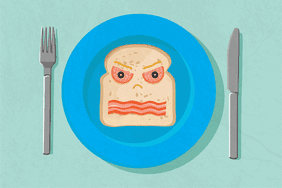 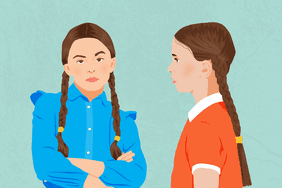