A doctor mom reveals the easiest ways to keep your little ones as healthy as possible.

1. Offer lots of fruits and vegetables. Eating five servings every day is good for your heart and helps protect against cancer and prevent obesity. Unfortunately, kids facing, say, broccoli won't be particularly persuaded by a reference to the scientific literature. They often need to be taught to like fruits and veggies. When kids reject a food, it's often due to unfamiliarity, not true dislike. So offer the same food many times. While babies eagerly try new foods, older kids may need as many as 15 tries before they'll like or tolerate them.

2. Teach hand-washing. When I became a pediatrician, I was always sick. I assumed that exposure to kids' illnesses was part of the job. Although I washed my hands frequently, I eventually realized that I was inadvertently transferring germs from my computer keyboard to my mouth when I snacked between seeing patients. I stopped eating at my computer and I haven't had a stomach virus since! A group of researchers in London called the International Scientific Forum on Home Hygiene (IFH) tracked germ transmission through homes and found that people's hands are the number-one source for spreading infection. We may blame our pets, sneezing kids, and dirty shoes, but they're not the real cause. We transfer germs from our hands into our body when we touch our eyes, mouth, or nose. And young kids touch their face a lot: One study found that it's as often as 50 times an hour. The goal, then, is to reduce the number of germs on their hands. Certainly, door handles and toys are germ reservoirs, so wipe those down frequently. Other hot spots are the bathroom and the kitchen, which the IFH found to contain some of the most contaminated surfaces in the home.

3. Vaccinate on time. Children get up to 24 shots by age 2. With that number, it's no wonder some parents may be tempted to delay certain vaccines. I actually postponed my daughter's HPV (human papillomavirus) vaccine because we were too busy to schedule visits for all three shots, and protecting her from an adult disease when she was in 7th grade just didn't seem that critical. But after researching my decision, I was reminded that the vaccine schedule is meticulously designed to give immunizations when they are most effective. Babies and toddlers need to get their vaccines in the critical window that begins when their immune system is developed enough to respond but before they are at highest risk from the most dangerous diseases. Deviating from the schedule won't guarantee effectiveness, and delays may also contribute to more side effects. For example, measles-containing vaccines are twice as likely to cause a febrile seizure when given late, shows research from University of Washington in Seattle. Needless to say, we got my daughter back on schedule, and she finished her HPV series before she turned 13.

4. Brush teeth with fluoride. Even mild tooth decay can affect kids' health by causing pain, poor eating, and interrupted sleep. In one extreme case, I had an 11-year-old patient who spent a week in the hospital for a dental infection. Fortunately, simply brushing protects teeth—if you use f luoride. That's what builds and maintains the protective enamel on teeth. They need to "bathe" in fluoride for its magic to work. So as soon as your child has teeth, brush them with fluoride toothpaste at least twice a day. So-called "training" toothpaste doesn't contain fluoride.

5. Enforce a regular bedtime (starting in toddlerhood). I have to confess, I've often delayed my kids' bedtime just to spend a little more time with them. But I'm not doing them any favors. Children who don't get enough sleep can become hyperactive, and their school performance suffers, according to a Pediatrics study. Sleep deprivation in kids may also impact the hormone leptin, which signals us to stop eating, and kids who don't get enough zzz's may be more likely to be overweight or obese than those who do. Make sure your child is going to bed early enough too. Research found that kids who regularly turned in after 9 p.m. also displayed more behavior problems. The good news is that the behavioral consequences of poor sleep are reversible once a kid switches to a regular, appropriate bedtime, no matter how old he is. Kids need far more sleep than many parents realize. Toddlers need 11 to 14 hours (including naps), preschoolers need ten to 13 hours, and after kindergarten, kids need nine to 11 hours. So set a regular bedtime routine and stick to it. If you read a book, cuddle, and tuck them in at roughly the same time each night (before 9 p.m.!), kids will find their natural rhythm and sleep the right number of hours.

6. Insist on a helmet. We keep a dented helmet on a shelf in our pediatric E.R. with a note from a 13-year-old bike rider that reads, "This helmet saved my life when my head dented the hood of a car." It's a reminder that wearing a helmet can prevent serious injuries—yet less than half of kids wear one, and more than a third wear them incorrectly, according to Safe Kids Worldwide. Your attitude has the greatest influence on your kids' helmet use. So insist that your children wear helmets when they ride anything with wheels—and always wear one yourself. Kids often complain that a helmet is uncomfortable. Here's how to know it fits properly: It should rest two-fingers' width above the eyebrows and not slide around. Tighten the chin strap until it's snug; no more than one finger should fit under the strap. When your child opens her mouth wide, the helmet should pull down on her head. Adjust it so that the left and right straps form a Y below her ears.

7. Apply sunscreen, all year long. While sun exposure wreaks havoc on skin at any age, sunburn during childhood is particularly risky. The earlier in a child's life that skin cells become damaged, the greater his chance of developing skin cancer over his lifetime. Kids are especially sensitive to the harmful effects of ultraviolet radiation because their skin has a thinner outer protective layer than an adult's does. For kids over 6 months, apply sunscreen any time they're exposed to the sun. (Keep younger babies out of direct sunlight altogether.) In addition to sunscreen, protect kids with clothes that minimize exposure, a wide-brimmed hat, UV-protective sunglasses, and by keeping them in the shade as much as possible.

8. Use safety straps. The National Highway Traffic Safety Administration reports that three out of four kids aren't restrained properly in vehicles. Make sure you carefully follow the instructions on your child's car seat, booster seat, or seat belt so he is safe. 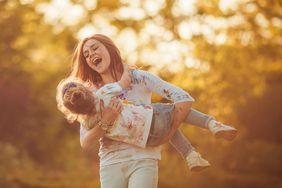 10 Things Mommy Docs Do to Keep Their Kids Healthy