Help your child learn to get what he needs without all the bellyaching.

Raising kidsinvolves many exciting milestones: first foods, first steps, first words. Your toddler's first whine, however, isn't cause for celebration. But maybe it should be. "If you think of whining as a form of communication, it does represent progress and growth for your child," says Nancy S. Buck, Ph.D., author of How to Be a Great Parent. For a 1-year-old who, until recently, could only express his needs through crying, whining is indeed a step up. It indicates that your toddler has a slightly more sophisticated (albeit highly irritating) way to let you know he's not happy. The challenge is learning how to turn the moaning into something less exasperating and more productive.

Whining is a red flag that your kid is upset and needs your attention. "It's like a 'check engine' light on your car's dashboard, letting you know that your toddler may be headed for a breakdown if you don't tend to her," says Laura Markham, Ph.D., author of Peaceful Parent, Happy Kids: How to Stop Yelling and Start Connecting. Whether your child is whining because she's tired, hungry, bored, or frustrated, your first step is letting her know you're there to help. Bend down to her level, look her in the eye, and tell her you're sorry that she's feeling sad. Then ask if she can tell you what's wrong. Don't be surprised if she's unable to pinpoint the problem—she may need your prompting to identify it. Whether you figure out what's wrong or not, a little sympathy and some cuddling will go a long way toward validating her feelings, which will in turn soothe her.

In cases where your child knows what he wants (his sippy cup, for instance) but his go-to tactic is to whine "Wa-wa!" give him the language you'd like him to use as you hand it to him: "Next time, say, 'May I have water please?' " Your toddler likely doesn't possess the vocabulary to repeat the words back to you. The idea is to teach him that he'll get what he wants by using nice words as opposed to whining, says Will Wilkoff, M.D., a pediatrician and author of How to Say No to Your Toddler. He'll catch on sooner than you might expect.

If your child is whining and you can't give her what she wants, turn to humor. There's science behind this strategy: When a kid is upset, her brain sends out signals to the body that trigger a fight-or-flight response, says Dr. Markham. One way to reset the nervous system is to laugh, which reduces stress hormones like cortisol and increases feel-good ones like oxytocin and dopamine. Coax your toddler out of her funk by asking, "Where's your strong voice? I think you lost it." Then look for it under the couch or on your child's belly (where you end with a tickle). This strategy should get the giggles going.

Sometimes a toddler is so focused on what he's whining about that nothing you try works. Let him know how you'd like him to ask ("Instead of whining, can you say, 'More, please'?") so he learns the right way to get what he wants. "After you tell him this, stop engaging him about the issue," says Dr. Buck. Immerse yourself in an activity nearby—such as loading the dishwasher—so your child doesn't have an audience for his complaints. He may keep bellyaching, but if you ignore the fussing, he'll calm down eventually.

Your last-ditch move? Have your toddler let it all out while you hold her. A meltdown is no big deal at this age. "Crying is nature's way of handling that overload and helping the body recover," says Dr. Markham. Once the sobbing subsides, get down on the floor with your child and take deep breaths together. To help her get the hang of the technique, tell her to breathe in the happys and blow out the sads and mads. Then take steps to prevent the situation in the future, such as stretching out her naptime so fatigue doesn't take over late in the day. Of course, there's no way to anticipate your child's needs all of the time, but a well-rested, content toddler is less likely to be a whiny toddler. 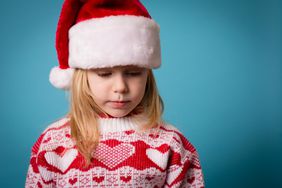 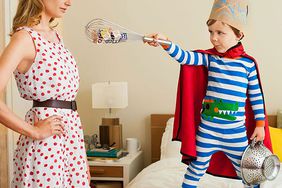 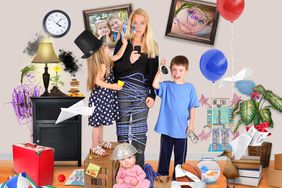