Yes, Snickers, Reese's Cups, and Hershey's Bars are obvious contenders, but some of these top-ranked Halloween candies may catch you by surprise.

It’s officially October, which means the most devilish of Halloween stans have begun plotting their yearly sugar rush route. Only in American is it encouraged to walk house-to-house demanding candy from strangers, and if you’re smart you’ve pinned which families are packing king-sized treats vs. apples. (Hint: Non-candy homes are the ones that get extra TP on Mischief Night…) But, if you want to get really diabolical, we can let you in on what candy is most popular in each state for those willing to visit a distant relative just to snag the goods. Yes, that may be over-the-top, but we know you’re curious. Be sure to load up your own candy bowls for when the neighborhood kids come knocking.

With 11 years of data to support their finds, candystore.com has created an interactive map of 2018’s Most Popular Halloween Candy in America. Just hover your cursor over each state and the top three candies will appear. Trust us, the results are more surprising than you’d think. (We see you Hot Tamales and Lemonheads.)

Candystore.com also managed to create this handy data table that discloses just how many pounds of the top three candies each state goes through. Let’s hope your neighborhood represents the majority of that weight!

Yes, this is a lot of deliciously intriguing information, but that’s not all. The all-things Halloween candy website let us in on some fun facts about the wicked holiday. Did you know that 179 million Americans celebrate Halloween, and the average person spends $27 on Halloween candy alone? 95% of those who celebrate Halloween purchase candy (boo to the other 5%) and in Oregon handing out full-sized candy bars is actually expected. Now’s the time to track down that relative of yours or head to the store to be the coolest candy mom in town.

Why Some Moms Won't Hand Out Halloween Candy

We’ll leave you to the facts as you map out this year’s most efficient route. Props to your kids if they manage to make it home in time for a costume change just to try their hand a second round. Maybe this year you'll be nice enough to shuttle your kids and their friends to the best candy houses across town—for a small candy fee, of course. 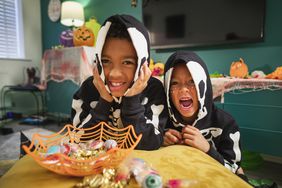 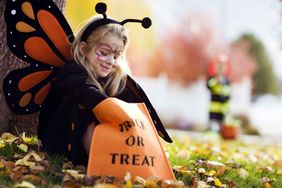 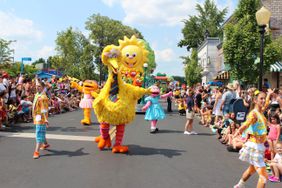