Some royal watchers are convinced that the Duchess of Sussex is expecting more than one baby come the spring.

No doubt about it: 2018 has been an especially sweet year for royal watchers! In May, we were treated to Meghan Markle and Prince Harry's wedding. By mid-October, we were graced with the announcement that the royal couple is expecting and will welcome their first baby in the spring. And now comes—thoroughly unsubstantiated—buzz that Meghan Markle is pregnant with twins.

The assertion that the Duchess may actually be carrying two royal babies stems from a report in the Mail Online, which notes betting site Paddy Power has reportedly stopped taking bets on Markle having twins after "an unprecedented amount of bets" were placed.

Apparently, an "insider with knowledge of the situation" may have gotten the ball rolling. Odds were slashed from 5/1 to odds-on on Friday, November 23 after the site was slammed with bets.

RELATED: The Royal Baby: How Far Along is Meghan Markle This Week?

A spokesman for the Irish betting company said: "We had to suspend betting. We saw an almost identical pattern of betting before the announcements of the couple's engagement and pregnancy."

Given that the betting site saw an "almost identical pattern" prior to events that ended up playing out as gamblers anticipated, it's not crazy to think that those betting on royal twins might be onto something! That said, there's plenty of evidence to the contrary.

As Cosmo UK points out, Kensington Palace's announcement about the royal baby stated, "Their Royal Highnesses The Duke and Duchess of Sussex are very pleased to announce that The Duchess of Sussex is expecting a baby in the Spring of 2019." Note the choice of the words "a baby," as in singular.

RELATED: This Is When We Think Meghan Markle Got Pregnant

The Palace also announced that: "The Duke and Duchess of Sussex will move to Frogmore Cottage on the Windsor Estate early next year as they prepare for the arrival of their first child." Again, the word choice indicates one child.

This isn't the first time fans of the royal family have been convinced the Windsors would welcome twins. Before Kate Middleton gave birth to baby #3 Prince Louis earlier this year, some royal watchers were convinced that the Duchess of Cambridge was expecting twins. But the Metro pointed out that twins haven’t been born into the British royal family for six centuries. On October 16, 1430, James I of Scotland’s wife, Queen Joan, gave birth to two boys named Alexander and James. Sadly, Alexander died the same year, while James ended up succeeding his father.

That said, Meghan Markle and Prince Harry have broken with stale traditions since their royal romance has gone public—and PDA-friendly! Who's to say they won't break the mold when it comes to having multiples? For now, the world will just have to wait and see.

RELATED: What Will Meghan Markle and Prince Harry Name Their First Child? 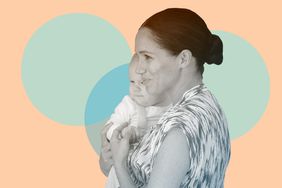 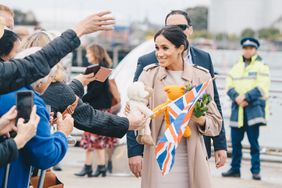 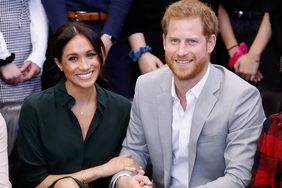 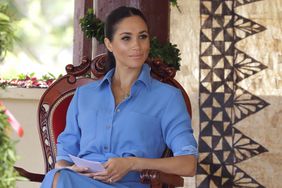