The House passed a $1.2 trillion infrastructure plan and sent it to President Joe Biden to be signed into law. Emily Tisch Sussman, the host of Your Political Playlist, breaks down what it could mean for families across America.

More help is hopefully coming to American families. The House recently passed the $1.2 trillion infrastructure plan and sent it to President Joe Biden's desk to be signed into law. Although the plan is smaller than President Biden's original American Jobs Plan, the bill still makes historic investments in jobs and infrastructure.

To break it down, in the spring, President Biden released his two major policy initiatives; the American Jobs Plan that invests in traditional infrastructure, and the American Families Plan that invests in the care economy. Now, months later, the infrastructure bill has been signed into law by President Biden making needed investments in roads and bridges. However, the legislature is still negotiating Biden's care economy plan. Biden recently released a new agenda for his American Families Plan branding it the "Build Back Better Framework" that eliminates many of his original proposals in the hopes of finding a compromise so the House and Senate will pass his full agenda before the end of 2021.

As a mother of three and longtime political strategist, I know the impact policy can have on families. When President Biden released his long anticipated infrastructure plan, it was clear that "infrastructure" covers more than just roads and bridges. As proposed, the plan calls for comprehensive solutions to create good-paying jobs, increase access to child care, provide clean water, and expand broadband.

Over the past four seasons of my podcast Your Political Playlist, I have sat down with the experts who have shaped the conversation surrounding policy issues like infrastructure to understand the direct and positive impacts a comprehensive plan like this can have on millions of families. So how exactly do roads and jobs, child and home-based care, clean water, education, affordable housing, and universal broadband affect your family?

This past spring, I interviewed Michigan Governor Gretchen Whitmer, who coined the phrase "Fix the damn roads." Although crude to some, it reflected a needed policy change and resonated with thousands of voters.

It's clear that the fundamentals matter. Families should not have to worry about their child's school bus driving over an at-risk bridge or road. Yet, across America, nearly 231,000 bridges are structurally deficient, and 43 percent of our public roads are in bad condition. So investing over $110 billion in transportation infrastructure can help to fix and modernize the bridges, highways, and roads your families use every day. In addition, the bill invests $39 billion in public transportation, $66 billion in passenger and freight rail, and $7.5 billion in electric vehicles to help curb the effects of climate change.

When I sat down with civil rights organizer Emily Chatterjee to talk about infrastructure policies she told me, "One of the reasons that so many people are interested in an infrastructure general, is because it is a source of so many jobs."

It's true. The American Jobs Plan is projected to create approximately 2 million jobs over the course of a decade while increasing labor force participation. This means putting families who need it most back into the workforce, helping the 22 million U.S. workers who lost their jobs after the onset of the COVID-19 pandemic last year, and strengthening the pipeline for more women and people of color to access opportunities.

It has been nearly seven years since the beginning of the Flint Water Crisis, a devastating event that exposed the inequities and deep infrastructures issues in our water systems. Since then, we have seen water crises unfold in other cities, such as Jackson, Mississippi and Newark, New Jersey.

The American Jobs Plan aims to replace lead pipes and service lines to reduce lead exposure in 400,000 schools and child care facilities. The investment will also fund eliminating PFAS, a dangerous chemical that has been shown to have widespread contamination.

Our kids can't learn if they don't have safe, stable places to attend school. The infrastructure bill will fund thousands of electric school buses across the country that not only help the environment, but increase access to rural communities as well. Under the new law there will be key investments in resilience and water infrastructure to make sure schools are safe and have the proper measures to prevent flooding.

Despite being one of the leaders in the global economy, the United States still lacks affordable housing options for many families who need it. In fact, there is no county in the country where an individual making minimum wage can afford a typical two-bedroom apartment.

Under the American Jobs Plan, President Biden is planning to devote $213 billion to provide more than two million affordable places for families to live. The plan focuses on eliminating state and local exclusionary zoning laws that can trap families in struggling neighborhoods.

If the COVID-19 pandemic has shown us anything, it is how vital reliable internet is to every household and the vast digital divide.

"Data from the Federal Communications Division says that one in three households don't have broadband—and that was before the pandemic," said FCC Commissioner Jessica Rosenworcel in my conversation with her in February. She spoke about the growing support for investing in universal broadband, saying, "You see in other bills that are coming out this widespread recognition that we should spend to connect everyone, because on that foundation rides our whole future economy, rides opportunity."

The President's plan invests $65 billion to ensure people in rural areas have internet access and those in urban areas can afford their Internet bills. This will help increase access to essential things like online school, virtual doctors appointments, and tools needed to fully participate in the workforce.

In February, I interviewed Heather Boushey, a member of the White House Council of Economic Advisers in the Biden administration who stressed the importance of the care economy: "We have learned in 2020 how important the care economy is for keeping the whole economy running. If people can't access care, for their children or their loved ones, and they can't get to work, then the whole economy doesn't work."

President Biden is calling for a $25 billion investment to upgrade and increase child care facilities, so that families around the country can access much-needed child care. The plan also calls for $400 billion for expanding access to quality, affordable home- or community-based care for aging relatives and people with disabilities, since so many parents are now balancing both caring for their kids and parents.

By expanding the supply of child care, parents—particularly mothers who have taken on the majority of the labor at home during the pandemic—will be better equipped to return to the workforce, thus creating a stronger economy for everyone.

While this covers necessary investments in the "hard infrastructure," the next step is to pass the Build Back Better reconciliation bill that covers the "human infrastructure" like child care, universal pre-K, paid leave, and more.

To understand where Congress, the Biden Administration, and parents are at, I interviewed Senator Kiristen Gillibrand, Secretary Jennifer Granholm, new father Tan France, and more. During my conversations with each of them it was clear that investing in the care economy is crucial for millions of parents.

"Things like paid leave, affordable daycare, universal pre-K are in Build Back Better, and they very much are part of the solution," said Senator Gillibrand. "Eighty percent of America supports paid leave and over 50 percent of white Republican men support paid leave, so we are winning and we do have the support of voters behind us."

Now we must do our part to fight to pass the Build Back Better plan. Contact your Senator or member of Congress to pressure them to pass the Build Back Better plan and to include things like paid leave. You can also help by simply sharing your story. If you or someone you know has a personal experience with the need for paid leave, share your story by using the hashtag #SavePaidLeave and be sure to tag @PaidLeaveUS.

You can read more about the plan here, and listen to Emily Tisch Sussman's interviews with infrastructure experts on Your Political Playlist. 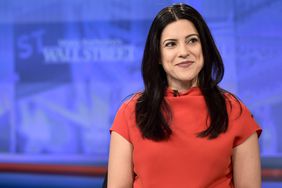 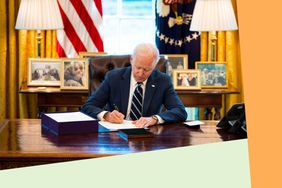