This kid could teach us a thing or two about helping a child manage big emotions.

Any parent will tell you: Toddler tantrums are real. They erupt seemingly out of the nowhere and often over the smallest things. Leave a teeny tiny bit of crust on your child's sandwich? Here comes a tantrum. And there isn't a parent in this world who can diffuse every single tantrum, every single time.

But we just might need to look to a certain six-year-old boy for guidance. If a viral video is any indication, he's mastered the art of calming down his younger brother. And honestly? We, as grown adults, could probably take a few cues from this kid.

The video, which was shared on social media by the boys' mom, shows a four-year-old on the verge of a tantrum—that is, until his six-year-old brother steps in to help.

"My four-year-old was about to have a whole tantrum and my 6-year-old helped him manage his breathing so he could calm down... I'd say I'm doing freaking alright," the mom tweeted. And we'd say she's absolutely correct!

"Breathe," the older brother, Noah, says as he guides his brother Cory through a deep breathing exercise.

According to subsequent tweets from the mother, her younger son wanted to play Nintendo and was distraught when the gadget didn't charge immediately after it was plugged in, which caused a tantrum (#relatable). "Lol y'all would've LOST it had I recorded from the very beginning," the mom tweeted. "My baby was all 'I understand the pain I do but you just have to wait it's not done yet.'"

The mother, who has three sons, also shared that while she's rightfully proud of her kids, this sort of behavior didn't come without a lot of hard work. "When I tell you all it took us TIME, this is what I mean... his temperament used to be off the chain! While I can appreciate the flowers and love I am NOT perfect, no mother is. I don't have all the answers I'm really just TRYING to raise some emotionally healthy kids!" she shared.

According to Upworthy, the mom, Ashley West, is studying to become a social worker—which might explain why she's been able to raise children with such strong social-emotional skills. Managing your own emotions is hard. Managing someone else's emotions is really hard. The ability to calm down a frustrating little kid is absolutely an impressive feat, and it's pretty incredible that this six-year-old was able to do it so effectively and with so much patience.

One fellow Twitter user said it best, writing: "Look at those skills you've imparted! They're going to benefit from this for a lifetime, as will everyone else they communicate with because they have a grip on what's important. Many adults can't do this lol. Emotional intelligence is key. Your boys are going far!" 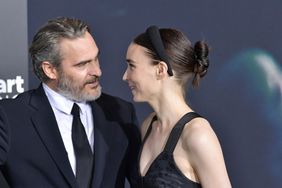