Here's what to know about keeping your family safe from security camera hacks like the chilling incident shared by TikTok parents.

Having a creepy person spying on your family ranks up there with every parent's worst nightmare. But according to one TikTok creator who posts by the name franchelle0, this became a reality after her son fretted about hearing a voice talk to him at night through their security camera.

In a video taken by a Ring camera and shared on the social platform, the young child tells his parents in Spanish that he doesn't want a camera in his room anymore and recounts how someone has been asking him if he wants ice cream after he is tucked in for the evening. "We unplugged the camera that night," the post updated viewers.

Obviously the post is far from the first time we've heard a chilling story of a security camera or baby monitor being hacked. As Consumer Reports notes, hackers can easily target security cameras since they are connected to the Internet and often only protected with a password similar to those we might use for other apps or devices. In fact, a 2018 survey conducted by the outlet found that over half of Americans pass on installing security cameras in their homes due to fears of being hacked.

The Story Behind the Baby Monitor That Showed a 'Demonic' Child

In the particular case of this alleged hack, the mom behind the video contacted Ring and shared in another TikTok that the company advised her to change her password and set up two-factor authentication for the device. To be fair, it seems that Ring responded promptly to her concerns.

But, as Ring said a statement with PennLive after the outlet reported on the freaky ice cream man incident, they ultimately don't believe that anything alarming or suspicious took place. "We take customer privacy and security extremely seriously," a spokesperson from Ring said. "We worked directly with this customer in February to investigate this matter and found no indication of unauthorized access or suspicious activity related to her Ring account or devices."

In fact, the mom in the TikTok alleged that a representative from Ring told her it was more likely that her 3-year-old heard a TV turned up too loud or that the voice was really his mom or dad talking in another room.

While we don't know exactly what happened in this house, it's important to know how to best protect yourself against hackers if you decide to use security cameras for your family's safety. U.S. News & World Report offers several tips to foil a breech, such as keeping firmware up to date, as well as enabling the built-in firewall on the camera. You'll also want to pick a strong password and use the two-factor authentication option, as well as hook the camera up to a Wi-Fi connection that is password protected—with another password than the one you use for the camera. Consumer Reports points out there is no way to ensure 100% that a hacker won't be able to access your camera no matter what you do—aside from turning it off. 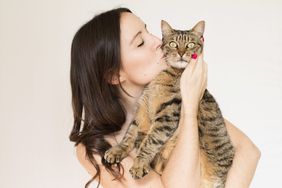 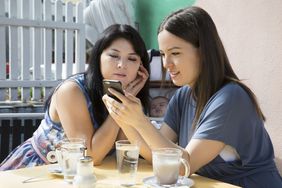 Try This Trick: Turn Your Phone Into a Baby Monitor