Real talk: A broken banana is not the same as a family emergency. One TikToker explains how to validate all big feelings while keeping things in perspective.

If you've heard it once, you've heard it a million times: Little kids have big feelings. A major meltdown at the store may have been triggered by a bunch of little things that happened beforehand, like losing a favorite toy or having naptime cut short. Validating these feelings is important for social-emotional development.

But one TikToker has a hot take, and she knows it might upset some people: Not all big feelings are the same.

"I've been seeing a lot of videos going around lately about the idea that, with little kids, their experiences that make them feel big things should be validated," says Shug CM, a mother who goes by @lackofimpulsecontrol on TikTok.

For example, a child may be upset their crayon breaks or when they don't get to drink out of their favorite colored cup.

"While I understand where it's coming from, I know that it is being implemented in a way that is making our kids less resilient," Shug continues, adding that she sees it happening with her friend's kids and children's classmates. "They're having to monitor and regulate their own emotions and…gauge the scale of what's happening to them on their own, and they have no ability to do it."

The video shifts to a conversation between Shug and her child, Turkey. "Are all bummers the same amount of bummer?" Shug asks Turkey. The child responds no.

She asks Turkey what would qualify as a tiny bummer. Turkey responds, "a balloon pops." Turkey says leaving a fair is an example of a medium bummer, and a family member dying is a big bummer. Then, the video goes back to Shug in her kitchen.

"It's our job, when our kids are ages 2 to 5, to help them learn how to judge what's happening to them on a reasonable scale," Shug says.

In other words, validate their feelings, but keep things in perspective.

Viral Teacher on TikTok Doles Out Advice on Empathetic Parenting

"If we treat every disappointment and heartbreak as the same, what's going to happen when they have the really big bummers?" Shug says.

Though Shug thought she might get some backlash, the commenters appreciated the video.

"You're describing a psychology concept called framing—something we do as adults all the time that's so important," said a TikToker.

"People often forget that you can validate big feelings and still teach regulation. I'm diggin' the bummer scale and might steal it," replied another person who said they are a clinician.

"This explains the jumble of thoughts in my head on this topic perfectly," commented another.

Experts share it's important to help children identify and explain emotions, such as anger and sadness. For example, "Sometimes, we get angry or upset when we don't get things we want."

But, to Shug's point, being upset that your favorite cup is currently in the dishwasher and you need to choose another one is different than not being able to see a grandparent who just passed away.

The best way to help your child cope with the big and little heartbreaks they'll face throughout their lives will depend on many factors, including their development, age, and personality, but some ways caregivers can help include:

And, as TikTokers said, the "bummer scale" could be worth trying out with your child. Though it's important to validate and work through feelings, it's also essential to teach kids perspective. 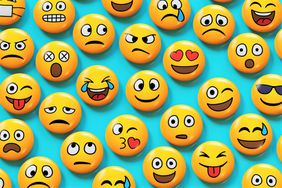