Governor Greg Abbott is continuing his attack on transgender youth and their families. In an opinion statement supported by the attorney general, he has declared gender-affirming care 'child abuse' that should be reported to the Department of Family and Protective Services. Here's why he is wrong and how allies can help.

joj grew up an American nomad on welfare; they now live, write and parent their four children in southern France. They are working on a memoir entitled How I Learned French.

On February 22, 2022, Texas Governor Greg Abbott, in a letter to the Department of Family and Protective Services (DFPS), called for social workers, medical professionals, teachers, and "members of the general public" to report parents of minors who seek gender-affirming medical care. Abbot has decided that the support of a transgender child through life-saving care is child abuse under Texas state law.

Texas Is Leading The Way In Harm, But This Is Not Just A Texas Issue

Governor Abbott's appeal follows the release of an opinion piece by Attorney General Ken Paxton (who is currently under FBI investigation for bribery and currently awaiting trial for a 2015 securities fraud indictment). Paxton's opinion stated that gender-affirming medical care like reversible puberty blockers and desired hormone therapy prescribed to transgender youth is an act of abuse and must be stopped.

The ACLU of Texas says the move is a campaign-motivated, pre-primary political response to Texas Legislature's failure to pass Bill 1646 (which sought to make providing gender-affirming medical care to minors a felony akin to physical and/or sexual abuse and sex trafficking) in 2021.

Governor Abbott further threatened that state law "provides criminal penalties for failure to report such child abuse" implying that failure to report one's neighbors or colleagues who seek or support gender-affirming treatments might lead to arrest and prosecution.

Though trans youth Texans are proportionally more in danger, it's not just a Texas issue. It's a GOP issue—Rolling Stone calls Governor Abbott's letter "the latest signal of the Republican Party's drive to take their persecution up a notch." In 2021, 120 anti-trans bills were introduced into US state legislatures.

There are more than two dozen states that have considered bills limiting gender-affirming procedures—five such measures in three states are slated to be considered in 2022. Similar measures already passed in Tennessee and Arkansas (though a federal judge blocked the enforcement).

Since Abbott ordered the investigation of transgender youth and their caregivers, a Texas judge halted the state's investigations in March 2022 and the Biden administration made several statements about the protection his administration would give to caregivers and medical providers. However, multiple families are still under investigation, and some officials will choose to continue to file complaints against families.

The attack on transgender youth is a gross use of power and will not be limited to one state or one marginalized group.

The Abuse Is Coming From Politicians, Not Supportive Parents

Paxton's opinion and Abbott's letter and all anti-trans bills and measures that limit access to sports, books, resources, and gender-affirming care are death threats to trans youth and their families. The Trevor Project estimates that "at least one LGBTQ youth between the ages of 13-24 attempts suicide every 45 seconds in the U.S."

The Human Rights Campaign (HRC) asserts that just the introduction of anti-trans bills and rhetoric has a dangerous effect on trans kids, calling 2021 and 2020 the deadliest and second deadliest years on record for trans and gender-nonconforming people. The report states, 85 percent of transgender and nonbinary youth are "among the most marginalized, voiceless, and defenseless communities in America," saying their mental health has been adversely impacted by legislative moves.

Asking anyone to report trans youth, their families, and the doctors treating them only deepens anti-trans stigma and floods the already overburdened social services system with false reports.

Many assume that gender affirmation means irreversible surgeries involving removal or reassignment of sex organs to match gender identity, but the age of consent in most states for such surgeries is 18. Puberty blockers are a reversible treatment, which staves off the physical changes of puberty that often trigger gender dysphoria in trans youth. Gender-affirming hormone therapy is a semi-reversible treatment for older adolescents, which introduces hormones such as estradiol, spironolactone, or testosterone to produce feminizing or masculinizing characteristics. These in conjunction with gender-affirming therapy and a supportive network of friends and family can and do save young lives.

What You Can Do To Help Transgender Youth

Chase Strangio, ACLU deputy director for transgender justice, told GQ, "The goal of these bills is to stop people from being trans." He then called what is happening "a murderous project of genocide and eugenics" and added, "Instead of recognizing that what kids who are trans need is affirmation, love, and support, they're saying it's harmful to be trans and we're going to take away your lifeline."

Thank you for being a lifeline for a transgender youth. 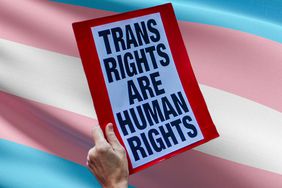 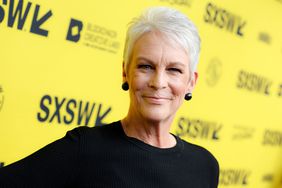