Parents are not immune to the struggles of our own depression or are we ever completely prepared to support loved ones who are struggling. The ability to recall a new, three-digit number should help caregivers and teens find a quicker and more tangible path to help.

In February of 1968, a Senator in Haleyville, Alabama, made history by being the first person to dial 911. A mere six days later, a second call was recorded, coming from Alaska. At the time, 911's inspiration was born from a study conducted by the National Academy of Sciences that sought to highlight how many preventable deaths occurred from accidents such as vehicle crashes or injuries at home.

Since then, there has been an average of 240 million 911 calls across the country every year, which breaks down to 600,000 per day.

The National Suicide Prevention Lifeline is a hotline that anyone can call or text to receive free, confidential emotional support during a suicidal crisis. The organization is open round the clock, 24 hours a day, seven days a week. It comprises more than 200 local crisis centers that are able to quickly combine custom care with local resources that meet a nationalized standard of care and best practices.

But not all calls to 911 are medical emergencies; in fact, a massive number of them are due to an acute mental health crisis, which impacts everyone—including parents and caregivers. That is where the National Suicide Prevention Lifeline comes in.

On July 16th, 2022, the National Suicide Hotline is changing its number to 988, reflecting the simplicity and easy-to-remember nature of 911. The push to help those experiencing a mental health crisis may help free up 911 operators to handle medical emergencies, giving professionals who are specifically trained in mental health the ability to focus on 988 calls that include those at risk of suicide.

Parents are not immune to the struggles of our own depression or are we ever completely prepared to help friends, family, or our kids who are struggling. The ability to recall a much shorter number should help provide a quicker and more tangible path to help.

Creating a distinction between medical or criminal emergencies in nature and mental and emotional crises is critical since calls to 911 often lead to the dispatch of police, who are not properly trained to handle situations in which substance abuse or mental health is the issue. According to the New York Times, the U.S. surgeon general has warned that there is an acute mental health crisis among our youth and that over the past 20 years, suicides have risen to a heartbreaking 45,000 per year.

Some fear that the Lifeline system, in its current state of funding and organization, may not be robust enough to handle the growing mental health crisis, but there is reason to hope. The New York Times reported that, "In a December report to Congress, not previously made public, the agency called the system 'understaffed,' saying it had 'not grown quickly enough to keep pace with existing demand.'" But that funding problem may soon change.

In October of 2020, the Trump administration, working with bipartisan support, signed the law that established the 988 number. And to give it a real shot at working, they gave 988 the same funding capabilities as 911, meaning that states lawmakers are allowed to tack on small fees to monthly phone bills to ensure that the 988 program succeeds. That kind of funding will likely lead to the creation of trained mobile units that can respond to mental health calls instead of the police.

According to the FCC, 988 will replace the National Suicide Prevention Lifeline, which is 1-800-273-8255. Veterans should Press 1 to be connected to the Veterans Crisis Line.

Please remind yourself and your kids that it's important to reach out in times of crisis. Even if you aren't sure who you will reach on the other end of the Lifeline hotline, know that someone wants to help. Please reach out.

There are other ways to seek mental health services that may best serve some vulnerable populations.

The Trevor Project supports LGBTQ, transgender, and nonbinary people with mental health intervention. Their counselors are available 24/7 and can be reached on their website where you can click on chat, call, or text and be immediately connected to a trained counselor. Caregivers, friends, and family can head over to the site to learn how to be an ally.

Currently, the National Suicide Prevention Lifeline can offer specialized intervention for anyone, including attempt survivors, disaster survivors, LGBTQIA+, Loss survivors, Native Americans, Alaskan Natives, youth, and individuals who are deaf and hard of hearing, and have hearing loss.

To learn more about 988 coming to your community, read more at the Federal Communications Commission. 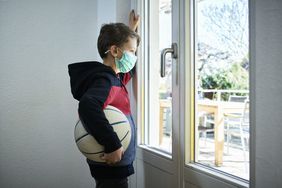