While the coronavirus remains a threat to all of us, people of color are being disproportionately affected by it. When we know so much about transmission, why is this still happening?

As the COVID-19 pandemic has raged endlessly on, nearly a million people have died in the U.S.—some of whom, tragically, have been children. Current figures from the Centers for Disease Control and Prevention (CDC) show these deaths are starkly divided along racial and ethnic lines. It's a pattern that's also seen among the sickest children presenting with MIS-C, the rare but serious multi-system inflammatory condition that rarely arises after COVID-19 infection. And shockingly, it extends to adults, too. So why is this happening?

The CDC numbers offer a comprehensive look at what's been going on with children since the start of the pandemic, covering 1,185 deaths from coronavirus between January 4, 2020, and April 23, 2022 (the site is constantly updated). In accordance with a trend seen throughout the crisis, children of color represent at least 60 percent of all COVID deaths among those under age 18. This holds true whether they are age 1-4 (at least 62 percent of deaths) of between the ages of 5 and 18 (at least 61 percent).

The breakdown of statistics reveals exactly which children have been most affected.*

Among the youngest children:

Among the older children:

*All percentages have been rounded. A small percentage of each group (less than 1 percent) is not included; this reflects those whose race was unspecified.

As noted, children of color are also more likely to be diagnosed with MIS-C. Since February 19, 2020, a whopping 6,851 kids have developed this serious and painful condition, with at least 59 of them dying from it. The CDC reports that 32 percent of the children who have been diagnosed with MIS-C were Black (non-Hispanic), while those described as Hispanic/Latino comprised 27 percent of all cases.

COVID-19 Cases in Kids Are on the Rise, Here's Everything You Need to Know

Young people of color aren't the only ones disproportionately affected by the coronavirus. Data from the CDC confirms that adults ofcolorare up to twice as likely to die from the virus, and up to three times as likely to be hospitalized as their white counterparts in the same age-adjusted groups.

Why is this continuing to happen? Experts are still trying to figure it out, but the answers are varied and multifaceted, potentially including both economic and environmental factors. As the CDC writes in its explanation of the adult figures above, "race and ethnicity are risk markers for other underlying conditions that affect health, including socioeconomic status, access to health care, and exposure to the virus related to occupation, e.g., frontline, essential, and critical infrastructure workers."

In November 2021, a peer-reviewed analysis of 4.3 million patients across 68 studies found similar results. "Socioeconomic disparity and clinical care quality were associated with COVID-19 mortality and incidence in racial and ethnic minority groups," said researchers writing in JAMA Network Open. They noted that these communities were slightly less likely to have insurance and more likely to have other medical conditions (hypertension, obesity) or live in rural areas with fewer health care resources.

The CDC does not keep data on race and ethnicity for children who have been vaccinated, and what it does have for adults is somewhat incomplete. As of April 5, 2022, it found that across the nation, people of color are getting vaccinated at rates comparable to white people, though detailed research suggests there are large "vaccine gaps" in many states. Some people of color are also far less likely to get booster shots.

No matter what the reason might be, the fact that more than 1,000 children have died merits a much deeper look. If health care disparities are behind the lopsided death numbers, the inequities behind it need to be addressed. Especially since they've been obvious since the beginning of the pandemic.

"These numbers are a chilling reminder of why we need to take this virus seriously," said former American Academy of Pediatrics president Sally Goza, MD, after the organization issued its first report on the spread of COVID-19 among children (regularly updated here). Even back then, Dr. Goza noted the terrible impact of the virus on Black and Hispanic communities. "We must work harder to address societal inequities that contribute to these disparities," she emphasized. 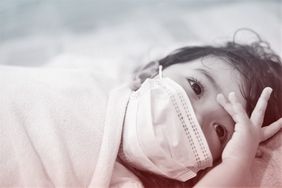