The Force Is With Him: 4-Year-Old Knows More About Star Wars Than Most Adult Fans

Jack Knezevich is just 4-years-old, but in true fan spirit, he can tell you all about the characters of the famous space saga and could probably win a round of Star Wars trivia up against the masters.

Cue the lightsaber sounds: Four-year-old Jack Knezevich is ready to take to the skies and join the ranks of the Jedi masters with all his advanced Star Wars knowledge.

Anything you want to know about Star Wars, Jack's got your back. He first learned about the series at space camp but showed off his now-extensive knowledge in a video for May 4, when the "fourth" is with all of us. As Yoda would say, "Adorable, it is."

Jack has a controversial fave, as he explains in the video. It's the iconic villain, Darth Vader, and the preschooler does a pretty legit imitation of the classic breathing sound effect from the original trilogy.

He's not the first superfan in the family. Once Jack told his dad, Joe, all about his new love for Star Wars, he started growing the family's collection of Star Wars memorabilia. The little fan discovered Star Wars at camp and through books, but now watches some of the films (with adult supervision, of course) and has his own growing supply of Star Wars toys and costumes.

Jack is also a student at the Marcus Autism Center where he presumably treats his classmates and teachers to fun facts about the galaxy far, far away. For instance, did you know Boba Fett's dad's name is Jango Fett? Jack sure does. He can also tell you the names of specific monsters, and it's Star Wars, so you know there's a plethora of slimy, furry, terrifying, and friendly aliens in the cannon. The kid can even tell you the different types of space ships and planets. We'd like to have that kind of memory power now, much less at age 4. The force is strong with this one. 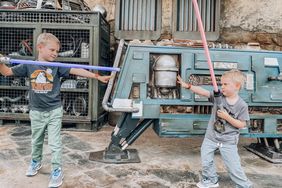 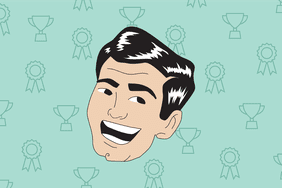