One teacher tells us why she and other educators love their students and all they do for them, but she would also love some grace from parents because, "Nobody, in the history of ever, has been motivated by ugly."

The pandemic has made the last two years rough for nearly everyone. School openings have become a particular flashpoint, with parents and pundits lobbying blame at teachers for not doing their jobs when unions advocate for remote learning during surges.

While it's true that school closures have been difficult mentally, logistically, and academically for many children and parents, teachers are working hard. In fact, teachers have always worked hard to do more than educate our children. They often double as shoulders to cry on, hallway navigators, and experts in using superglue to solve nearly everything.

One teacher, Katie Peters, who goes by @kpintoledo on TikTok, recently ran through what she did in a single day—and it was so much more than following a lesson plan for six periods (and subbing on her planning period).

"I helped a young man find safe housing," Peters says. "I found a winter coat for a girl who didn't have one. I located a student's missing backpack and arranged for a replacement Chromebook for that student."

None of those things are part of Peters' job description—and we've only scratched the surface of what she did that day. She goes on to say that she made sure a student had enough food for the weekend, listened to a story about a puppy, and comforted one student with cramps and another going through his first heartbreak.

"I walked a new student to her next class so she didn't feel alone," Peters continues. "I saved an art project with superglue, and I wrote a card to a student who was struggling."

The bell rang, but Peters' day was far from done. After a meeting, she tutored a student and wrote a college letter of recommendation for another teen.

"I don't want a single accolade," Peters says. "What [teachers] do need is grace. I want you to know, in your child's school, 30 to 50 teachers and support staff did that today and will do it again tomorrow."

Peters says it's what she and her peers signed up for—though that's certainly debatable—and fulfills these needs.

"It's also why we're tired," she notes. Then, she reveals she recently read a comment in an online community forum about her district resuming in-person learning. The commenter wrote, "Oh, it's nice the teachers have decided to work again."

"I felt something inside of me shatter," Peters says. "I would encourage you to recognize that, even if you believe teachers and education staff are not working the hardest they have ever worked in the last two years, that nobody, in the history of ever, has been motivated by ugly. Loving kids is the purest form of duty that exists, and it's always going to beat your ugly."

The commenters gave Peters an A.

"Not all heroes wear capes," wrote one person.

"My wife is a teacher. Watching her work through the pandemic showed me that your profession is the most underpaid unappreciated job in America," said another.

"I know this isn't your point, but teachers need to be paid 10 times their salary," another person said.

The fact that school is the only place where children receive mental health services and have access to nutritious food is a policy failure, not a reason to direct rage at teachers who are trying to stay safe amid surging cases in buildings that, through no fault of their own, continue to remain poorly ventilated despite federal assistance. Research shows that teachers are also facing a mental health crisis, with more than half saying they're considering leaving the profession more now than they did pre-pandemic.

Though most schools returned in person after the holidays, those that went remote largely did so because of teacher shortages, not sickouts or union action. Educators leaving the profession for mental health reasons would only exacerbate these issues long-term.

The pandemic has brought out the worst in society. Consider giving teachers the same grace you'd like your friends, family, colleagues, and employer to give you. Teachers didn't ask to still be in a pandemic, nor do they have much—if any—control over how federal assistance funds get spent, access to mitigation resources like testing, or new variants that emerge. 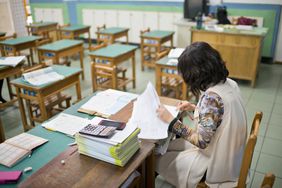 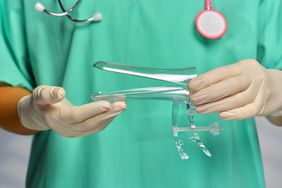 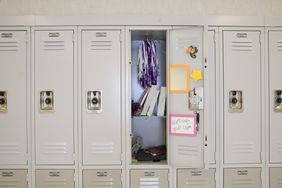