As states start to legalize marijuana, it's still important to talk to your teens about the dangers of using the drug.

When you sit down to talk with your teen about the dangers of alcohol and drug use, you're probably warning your child about all the opportunities for physical harm and addiction those substances bring along with them, because even "occasional" or "experimental" use of alcohol and drugs can be destructive if used irresponsibly (or, in some cases, if used at all).

But what about marijuana? Its mind-altering effects are frequently given a socially-acceptable free pass, and now that some states have legalized marijuana use, its perception as a mostly-harmless drug by both teens and their parents continues to grow.

A new study published in The Journal of Neuroscience, however, suggests that may be a total misperception, revealing that even a little bit of pot smoking (as in, one or two joints) could be harmful to a teen's developing brain. In the study, brain images of 46 teens from Ireland, England, France, and Germany were examined to compare the volume of gray matter present; the study subjects were all 14 years old and reported smoking pot once or twice.

The results showed that the teens who experimented with marijuana had more gray matter in the areas of the brain commonly affected by the drug than the teens who never smoked pot.

"The researchers not only found an overall increase in gray matter volume with marijuana use but that those changes related to a particular system (the endogenous cannabinoid system), which mediates brain maturation in adolescents," says Prakash Thomas, M.D, a psychiatrist at Newport Academy, a mental health and substance abuse treatment center for teens.

With gray matter, Dr. Thomas adds, more doesn't equal better: a larger volume of it might prevent a developing brain from "fine-tuning" its maturation, a process that continues into a person's early twenties. The adolescent brain is especially vulnerable to changes while this process is ongoing.

Kids Are Opting for Marijuana Over Cigarettes & Alcohol, According to a New Study

As the legalization of marijuana continues to be widely debated, more and more people—including parents—are considering it a "safe" drug, and many studies suggest that non-habitual marijuana use doesn't cause any permanent changes to the brain. But Dr. Thomas warns that those studies often look at subjects who use alcohol and marijuana (and those substances together can have opposite effects on brain volume).

He also points out that this new study takes several important factors into consideration that might increase the legitimacy of its results.

Given those parameters and the study's results, it's hard to say with 100% certainty that occasional marijuana use is completely harmless. Remember, teen brains aren't fully developed the way adult brains are, which means adolescence could possibly be one of the worst times to experiment with mind-altering substances.

Regardless of your initial reaction to this particular study, Dr. Thomas emphasizes the importance of having ongoing conversations with your teen about substance abuse. He recommends that parents initiate that conversation in middle school, discussing different kinds of drugs as well as their effects and risks, and avoiding minimizing the potential consequences of marijuana use just because it might only be used occasionally.

"If we consider the risk of harm to the brain from concussions, we don't wait until the tenth concussion to start worrying about its effects on the child," he says. "Those efforts are not simply cumulative—we are concerned with their very first one." 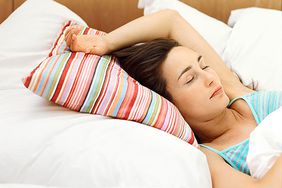 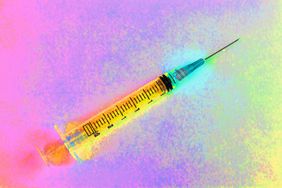