Threatening to Shorten School Lunchtime Should Never Be Used as Punishment, Yet It Is

One elementary school is punishing bad behavior by shortening lunchtime and Reddit is not having it.

When parents send their kids off each morning, there's the assumption that the kids will eat while they're at school—at least lunch, maybe breakfast, and occasionally a snack in the afternoon. A meal in the middle of the day is expected. After all, school lasts 7 to 8 hours and it would seem that common sense dictates that kids need to eat during that time to be able to focus on their work and, you know, be healthy.

At least one school district doesn't agree. A Reddit post in the popular Parenting subreddit is garnering lots of attention after one mother explained that lunchtime at her child's school, which is already short, was being reduced based on the behavior of each class.

"This year, my son's lunch immediately follows recess," explains Redditor Mindovermeg. "And according to him, the paraeducators let the different second-grade classrooms into the cafeteria based on the entire class' behavior." Her son, who is 7, told her that even if only one or two children are misbehaving, the entire class is penalized and made to wait to enter the cafeteria, reducing the short 30-minute lunch break even further.

Is Your Kid Being Bullied Into Skipping Lunch?

As you can imagine, Reddit commenters were not at all behind the school's decision to penalize an entire class by reducing the time children are given to eat. "To me it borders on cruel and unusual punishment, to deny children of the proper time to eat," wrote commenter Jwilkins30 a former health teacher. "If prisoners were punished the same way It might possibly be a cause of action in litigation. Why is it seemingly acceptable to do it to our children, who have not broken any laws?"

Obvious to the many commenters was one thing that pretty much every parent already knows: Hungry kids are not cooperative kids. Hungry kids won't learn as well as not-hungry kids. "Yes making kids hungry is SURE to make them behave better. Seriously? I would talk to other parents then join up and meet with the principal," wrote Redditor Confused123456.

Does Practice Make Perfect When It Comes to Heading to Kindergarten?

And then there's the fact that kids just need time to eat. Period. Rushing through meals is not healthy. "Teaching our kids to scarf down food contributes to obesity. People should have sufficient time to eat so they can learn to regulate their eating," wrote Mrs. RadioJunk. Echoing the sentiment that this practice could contribute problematic eating down the line, Reddit user Anianna added, "Food should never be used as a punishment, especially as a group-wide punishment. This is the kind of thing than contribute to or trigger an unhealthy relationship with food. There are other healthier options for guiding behavior."

The original poster said she was planning on discussing the punishment with school administrators and we hope she really gave them a piece of her mind.

Updated by Kristi Pahr
Was this page helpful?
Thanks for your feedback!
Tell us why!
Related Articles 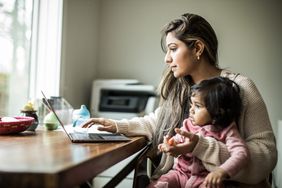 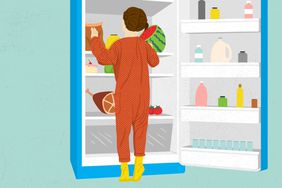 My Daughter's New Friend Sneaks Snacks From Our Fridge and Pantry, Do I Tell Her Parents?