In response to two measles outbreaks in 2019, both Seattle Public Schools and Washington state are stepping up their immunization requirements.

The Centers for Disease Control and Prevention (CDC) and the American Academy of Pediatrics (AAP) recommend a specific childhood vaccine schedule as the best way to keep your child as safe as possible from dangerous, preventable diseases. One of the most important immunizations for school-aged children is the Measles, Mumps, and Rubella (MMR) vaccine, which is first given to a child at 12-15 months and again when they're 4-6 years. At various intervals, culminating with a shot that's given when they're 4-6 years, children also get shots for Diphtheria, Tetanus, Pertussis (DTaP), Polio (IPV), and Varicella (chickenpox). (For a full list of vaccines kids need and when they need them, check out our A-Z list for parents.)

Yet, up through December 5, 1,276 individual cases of measles were confirmed in 31 states, according to the Centers for Disease Control and Prevention (CDC). Given that this is the highest number of cases reported in the U.S. since 1992, various states are taking proactive measures. The latest is Washington state, which has introduced tougher vaccine laws following recent measles outbreaks. Now, the Seattle Public Schools have released new student vaccination requirements stating students must be vaccinated or cannot return to classes in 2020.

The vaccination requirements note that student records must reflect updated immunization status by January 8, 2020. Kids who fail to have their shot will be given unexcused absences until the school nurse is provided with all the necessary information. Once a child is immunized, the absences can be changed to "excused."

The requirements, posted to the website of Seattle Public Schools, read, "Washington state law requires that students are fully vaccinated, be in the process of completing immunizations, or have a signed Certificate of Exemption in order to attend school."

The statement continues, "Families of students whose records are not up to date or are missing information will be notified via email, postal mail, and a letter home from your child's school."

In order to expedite vaccinations, Seattle is offering free immunization clinics for Seattle Public School students today, December 30 and on January 3. (A third was held on December 27.)

The requirement comes on the heels of a Washington state bill that went into effect on July 28 and eliminated any exemptions to the Measles, Mumps, and Rubella (MMR) vaccine that had been previously granted on the basis of a family's religious or philosophical beliefs. The new law requires all children to be fully vaccinated to attend public and private schools and licensed child cares in Washington state. They must be in the process of having their immunizations completed or have a signed Certificate of Exemption to attend school.

Seattle and Washington state had two measles outbreaks this year—one from January to May and a second in August—which lead to a combined 87 cases, the highest number reported in the state for any one year since 1990, according to the Washington State Department of Health.

According to the CDC, measles complications include pneumonia, which affects as many as one out of every 20 children with the disease and is the most common cause of death from measles in young children. And nearly one to three of every 1,000 children who become infected with measles will die from respiratory and neurologic complications.

The World Health Organization cited vaccine resistance as one of the top 10 threats to global health in 2019. Here's hoping the actions Washington state is taking sets an example for other states, given their unnervingly low rate of immunization. 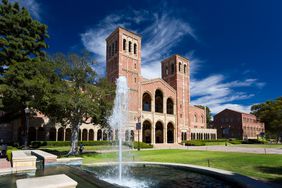 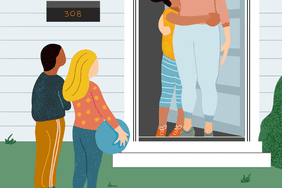