The viral thread shows that you can't win 'em all—you can only try your best.

It's mid-December, so you know what that means: end-of-year awards are here. Time announced on Monday that Tesla CEO, SpaceX founder, and dad to X Æ A-12 Elon Musk as its Person of the Year. The publication named Simone Biles Athlete of the Year, while Biles' teammate and all-around Olympic champion Suni Lee earned the same honor from Sports Illustrated.

Congrats to them and all, but parents deserve some love, too, right? Of course, 2021 has been another rough one, balancing work, a not-so-normal school year, reported Uncrustables shortages, and an ongoing pandemic. So, it's understandable that moms haven't been perfect (and even in more typical times, no parent is on their A-game every hour of the day—it's impossible).

To celebrate moms and the moments we didn't quite win, a Redditor decided to start a thread about "Mom of the Year moments." There were two caveats: It had to be from that day, and only sarcastic replies were welcome.

ddit If Parenting Gets 'Less Difficult' and Well, Results Vary

The original poster got things started.

"Letting my 2-year-old watch Venom 1 and 2," wrote u/jackjackj8ck in the Mommit subreddit.

More than 400 other Redditors chimed in, and the responses are golden. Some moments are brought to you by "moms who need a break."

"[My] husband was taking the children from the backyard to the front yard (through the house). I ducked down so they couldn't see me as they passed by," wrote one person.

"I tossed Cheerios on the floor for my 10-month-old while I sat on the couch so I could have two minutes of her not climbing all over me. I felt like an old lady feeding ducks," said another.

Sometimes you just need a moment of peace—and a break from being a human jungle gym.

And one mom had to compromise with her Cookie Monster of a toddler.

"Let my 2-year-old toddler eat as [much] cookie dough as he liked while I baked so that he wouldn't cry every two minutes and would stop with the constant yelling…while throwing eggs to the ground viciously shaking the whisk," she said.

And another mom's heart-dropping moment quickly turned into a palm-to-face situation.

"We were at a splash pad, and little clearly needed a snack. I called them over, and I momentarily turned around while at the splash pad to dig in my bag to grab a snack. When I turned back, they were no longer behind me. I [panicked], and the only other mom there points off to my left where my child is drinking someone else's [ICEE] Slush," she said.

Earlier this year, another mom was feeling down on herself for "transgressions," like serving dinner from a box and allowing too much screen time. But she put herself in her son's shoes and shared a TikTok video with a message so many moms need to hear: Your child loves you, even if your pasta comes from a box instead of some made-from-scratch recipe. Watch it next time you feel like you're about to get named "Worst Mom of the Year" and need a reminder that you're actually the best mom for your child. 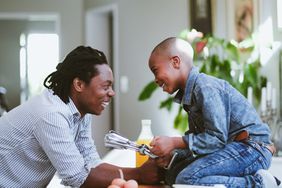 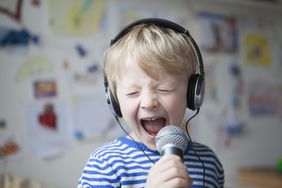 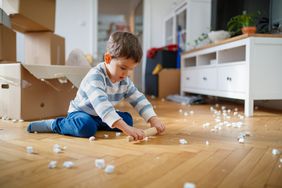