A parent took to Reddit to ask others how to handle their toddler being socially rejected at the playground. So, we asked an expert to find out.

One unfortunate universal truth about parenting is that it doesn't come with a manual for what to do in tricky situations. Wouldn't it be great if there was a singular magic answer to picky eating or temper tantrums? Luckily, we live in the digital age when parents can quickly connect to share advice on navigating those tight parenting spots we've all found ourselves in. One parent on Reddit got a healthy dose of such advice when they asked about the best way to handle their toddler's playground drama.

"I take my 2YO to the playground where there have been instances when she tries to play with others or is interacting with other kids (who are a bit older), she either gets verbally rejected or gets very, very lightly 'bullied' (quoted because I don't know what other word to use, but it's really not bullying)," @mrdlau wrote in the Toddler Reddit subgroup.

The OP (original poster) explains that when their child is heading towards a play area with other kids, sometimes the interactions aren't so pleasant. For example, an older child will nudge them out of the way or verbally reject them from joining play. Understandably, they want to figure out if they should intervene or let the toddler politics play out naturally.

"I haven't been interfering as I guess it's good for her to face these situations in a safe environment? I'm not sure? I also don't want her to pick up these habits," the OP concludes.

It can be painful to watch your young child trying to make friends, maybe even for the first time, and be roundly rejected by other kids. As parents, it's natural to want to interject and smooth over interactions so that everyone is happy, but that's not how life works.

So, what should a parent do in this situation? The parents of Reddit left more than 120 comments with advice and suggestions, and some of them are pretty good.

"It really depends," user @charcuterie_bored wrote. There are times where I've said to my kid like 'oh, these friends aren't playing very nicely. Let's go over here.' But if my kids really wants to play in that area, I'll just be like, 'the playground is for everyone! We're going to play here too. I won't let my kid force themself into a group that doesn't want to play with him, but if a kid is trying to block him from a communal area like a sandbox or climbing structure, I'll interfere a little bit."

@Charcuterie_bored does an excellent job describing boundary setting around behavior and points to leaning attention toward positive interactions. And that might be the key takeaway; using the unpredictable nature of a playground environment to teach kids kindness and healthy ways of getting along with others.

An Expert Weighs In On How To Handle Conflict Between Kids

"I would never force a child to play with another; one can try introducing the children, but if it is not working out, then leave the situation," says Dr. Mark Welles, M.D. F.A.A.P., Division of General Pediatrics Cohen Children's Medical Center, Asst. Professor of Pediatrics Zucker School of Medicine, and Co-chair of the Bullying Prevention Committee, New York's American Academy of Pediatrics' (AAP) Chapter Two. "If there is kicking, hitting, or other abusive behavior, remove the child from the situation and start another activity. We need to teach kindness at an early age, and sharing is a beginning for positive behavior patterns."

Dr. Welles tells Parents that toddlers generally are open to socialization, and they tend to think of other kids as playmates. Young kids will typically engage in parallel play, which is when kids play independently but adjacent to other kids. If you've ever seen two toddlers playing in a sandbox together, they might be sitting side-by-side, but they aren't likely interacting that much. Sometime around the age of three, things begin to change, and toddlers will start to engage with other kids more, and that's when they might get their first dose of social rejection.

But before you worry that your toddler's feelings will be crushed, just know that toddlers are fairly oblivious and open to redirection.

"The good thing is toddlers regroup quickly and move on," says Dr. Welle. "I would watch and see if the child engages with another child after the rebuff. If on that day they don't find another playmate, the parent can engage the child and put them on a swing or other play space and use the opportunity to engage another child in the area."

How we respond to kids when they are misbehaving is important too. For example, if another child is yelling at your toddler, it wouldn't be a great idea to freak out and overreact. The goal here is to model positive behavior to help teach kids how to navigate social situations. But even the coolest and most poised among us will have moments that will test patience and boundaries. One Reddit parent shared an example of handling a situation when another child becomes volatile.

"I've interfered when an older boy kid (3) slapped my (then 15mo) girl's hand to get her off of a scooter-like toy which she was on at playgroup," @melretro wrote. "I just calmly said, 'we don't need to hit, and we all need to share.' But if she's being rejected by other kids, I lead her to other areas as a distraction if she seems upset. If she's happy enough, then I leave her alone as it's all social dynamics."

Bullying is a behavior that should never be tolerated. Full stop. Dr. Welles suggests that parents try to frame negative interactions by reminding our kids that we can't always be friends with everyone, but we can certainly always be nice.

"Praise your child for good accomplishments; your validation of them is so important in their emotional development. Teach your child how to deal with a bully. Stand up to the bully and tell them to stop what they are saying and walk away, never showing emotion. Bullies want power, and if you don't give them power, they will stop eventually."

Dr. Welles suggests that parents consider creating play experiences that will have other kids with similar ages and interests.

"These children will have common ground and interests and allow the child to make new friends. Find an activity your child can enjoy, and that will help them feel good about themselves and give them the positivity they need to grow emotionally and physically," he says.

But most importantly, remember that kids are always watching and listening, and no matter how frustrating interactions with another kiddo may be, it is undoubtedly always a golden opportunity to learn how to be a good friend. 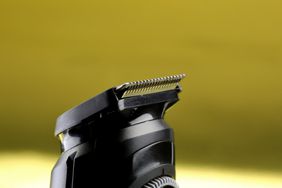