Given the stressors so many of us are facing these days, it's no wonder so many parents on Reddit are finding relief through drinking. But how much is too much?

In 2020, there was a 41 percent increase in the number of days on which women drank heavily, aka four or more drinks in a couple of hours, according to a study published in JAMA Network Open. Another study conducted by the American Psychological Association found that the rate of adults who reported drinking more to manage pandemic stress was more than twice as high for parents with children between the ages of 5 and 7. Now, Redditors are weighing in and sharing their own experiences in a thread in the Parenting subreddit.

The original poster (OP) asked, "How much are parents drinking?" noting, "With the popularity of #winemom and beer dad culture, combined with pandemic drinking habits, I'm curious how much alcohol you guys are drinking as caregivers? Especially after the baby is in bed. I had six drinks on Halloween over 8 hours and lots of food and water. Although LO was asleep for most of it, I'm riddled with guilt!"

The OP later pointed out in the thread, " I feel like I know a million moms who don't blink if they drink an entire bottle of wine."

While some parents said they're sober and others say they're light, social drinkers, many could relate to the OP.

r/mae_be_bae_by shared, "I almost always have a drink while cooking/eating dinner and occasionally a second drink after putting my LO to bed, but usually just stick with tea at that point."

Another commenter, writing under the handle r/R_Dixon, described a similar take, writing, "My kids are 2 and 4, and I drink a fair amount. Only after the kids are in bed, and pretty much only on the weekend, but my husband and I can put away 3 bottles of wine watching a movie or something on a Friday no problem. I mean, we never get sloppy, but pretty buzzed/drunk for sure."

And r/Pubsubforpresident shared, "We have an autistic child, and it is much harder so far than with our first. It's getting much better but was and is harder. I think we have drank a lot more this time, and the pandemic probably added to the stress."

r/LookAtMyKitty noted, "I have two little kids. I developed a drinking problem during the pandemic, only drinking after bedtime but too much. Was sober before. I'm getting it under control, but it's hard. If you're taking care of business, great for you—don't feel bad. If you're drinking more than you want, ask yourself why and maybe find a therapist or support group because those things help."

While that might be the best advice for anyone concerned that they're crossing the line, the conversation also raises a lot of questions. Ultimately, we need to take a birds' eye view of the situation as well and think about why parents are drinking more these days, why moms are made to feel more guilty about it than fathers, and what can be done to offer them the support they deserve. 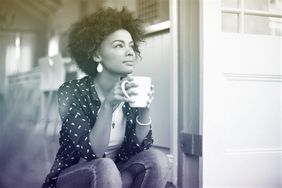 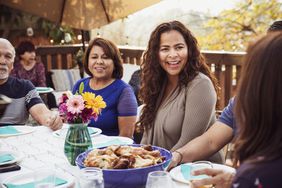