Commenters on Mom's post mostly agreed: Pink or blue, you do you.

The year is 2021. A woman is the Vice President of the United States. Stay-at-home dads exist. And importantly, we are learning, more and more, that gender is a spectrum, and not everyone checks one of two boxes (male or female).

But apparently, having pink accents in a biological baby boy's nursery is still controversial—at least among one Reddit mom-to-be's family.

After receiving a pink rocker for her future son's bedroom, one family member in particular went a bit off her rocker—and out of bounds. The frustrated mom-to-be took to Reddit to vent.

"After my GMIL (grandmother-in-law) saw it, she made the comment that I need to 'change the cushions' because it's a 'baby boy's room,'" wrote u/CasperDeGhost in the Baby Bumps subreddit.

Instead of changing the cushions, the original poster (OP) decided to double-down on pink decor even harder.

She's right. Despite the stereotypes about pink being for girls and blue being for boys, colors do not have genders.

Redditors agree: Pink or blue, you do you. The post has already racked up 230 comments, and most of them are Team Mama.

"Love it! My 2.5-year-old son has recently decided he loves pink, so he's gotten some pink clothes he helped pick out," one person said.

"I really don't understand how some people think. We don't know the gender, so our nursery is gender-neutral. I painted a sky/cloud mural (obviously, it's blue) on one wall. When showing an elderly relative, they got all excited and exclaimed, 'Does this mean it's a boy?!' Like, no... I didn't realize THE SKY was just for boys," said a top commenter.

While the relative may have had good intentions, once again, it's a good idea to think before you speak and educate yourself on gender.

And another parent-to-be dished on her cool ideas for her son's nursery, which will also have some pink accents.

"My son's room is mostly grey and white (it's an apartment, and we can't paint the walls or trim), but the accent colors are bright multi-colors including lots of pink and purple tones… It's just a fun room, and I enjoy spending time in there," the person wrote.

And that's exactly what planning a nursery should be: An opportunity to have fun and get ready for your new addition. It should not be another chance for people to question your decisions.

4 Things You Should Know About Gender Stereotypes in Kids' Toys

With our knowledge of gender evolving, some people have called for the end of reveal parties that often perpetuate old stereotypes, including those involving colors.

And some parents are now raising gender-neutral kids. If you want to go that route, experts suggest: 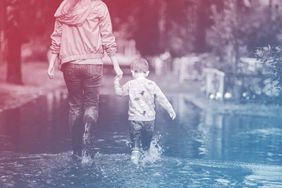 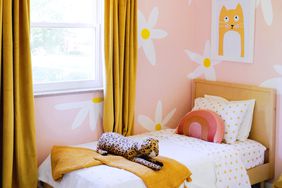