One dad let his high-risk parents move in with him during the pandemic. But when they started bullying his children, he told them to leave. Now he's wondering if he was wrong for that.

For some, a silver lining of pandemic family life has been the chance to form multi-generational households (which were actually on the rise pre-pandemic). Grandparents moved in to help with child care. Younger generations could run errands, such as grocery shopping, while high-risk, older family members could stay home. But the arrangement hasn't worked out for everyone, and it's safe to say one Reddit dad, who allowed his parents to move into his house during the pandemic, won't be making the change permanent.

He went to Reddit to explain why and ask if he was wrong.

The divorced dad, who posted under the user name AITA_kick_father_co in the AITA subreddit, started by talking about his two kids, "Marcus" (16m) and "Maria" (15f). Marcus is a creative type. He loves art and making posters, and Maria is into mixed martial arts. She has endometriosis, and Marcus cares for her when she is in pain.

Cool, right? Hobbies aren't gendered, and it's sweet that Marcus helps his sister when she's not feeling well.

The problem: Grandma and Grandpa have some rather antiquated (and wrong) ideas about how gender should shape a person's personality and interests.

"They would both always comment (to me) about their behaviors and hobbies with comments such as, 'He's not very manly' or 'That's not very ladylike' and other such comments," the dad wrote. "I have expressed my dislike towards them…It did anger me, but I learned to deal with it."

But the grandparents crossed another line recently when Dad got stuck at work.

"When I came home, Maria and Marcus were both quite visibly upset, so I asked them what was wrong," Dad explained. "They said that they had told Maria to just suck it up while she was in pain and told Marcus that he needed to stop being weak or he would be a useless man when he grew up."

Understandably, Dad decided his parents' comments were a bridge too far.

"I saw red and told my parents to get out," he said. "They obviously put up [a] protest, but they left."

But his parents are guilt-tripping him by leaving him voice messages about how he "wouldn't care if they got sick." Now, he's second-guessing his decision and wants to know if he's wrong.

Redditors came to his defense immediately.

"Your kids are priority one, and as a woman with PCOS who has a sister with endometriosis, I would've seen red if someone told me or my sister to 'suck it up,'" one person wrote. "I'm just glad OP was a good parent and immediately kicked them out for this. This kind of abusive behavior cannot be tolerated," said another.

And one Redditor (rightfully) called out the grandparents for being sexist.

"Not only are your father's comments about your son's masculinity toxic and totally dated, but their comments to daughter were equally as charged, hurtful, and hateful. As someone who has endometriosis and was utterly disbelieved by all my family save [for] my Nan, I really appreciated you standing up for your daughter."

This person is spot on. First of all, endometriosis can be extremely painful, and people dealing with the condition deserve empathy. Second, raising boys to think that showing emotion is weak is damaging.

People truly need to watch what they say to parents and kids. Recently, other Redditors shared rude comments their in-laws made. The advice for dealing with in-laws is the same for dealing with your own parents: It's OK to be honest and set boundaries. If that means kicking them out of the house to protect your children's mental health (and yours), so be it. 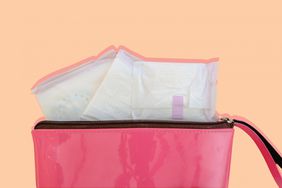 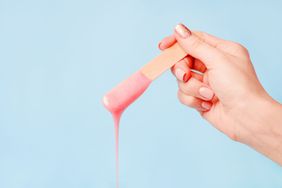