Apparently this dad-to-be considers the idea of giving up beer "unreasonable"—even if it's making his 35 weeks pregnant wife vomit.

One pregnant mom-to-be recently took to Reddit's "Am I The A**hole" (AITA) subreddit to, what else, vent about her partner—and wound up getting way more support from other parents than she even could have imagined.

"AITA for banishing my husband to the guest room when he has had a beer?" asked user u/beerfumes, who just so happens to be 35 weeks pregnant with twins. But before you jump to any conclusions, you've got to hear the full story.

"I am pregnant with twins and just about ready to pop," the mom-to-be wrote. "While it wasn't a bad pregnancy, it certainly wasn't magical either. I've developped [sic] an aversion to certain smells which my husband and I just avoided. But recently another smell has been added to this list: beer. The faintest smell of it makes me spew."

The problem? Her husband likes to enjoy a beer or two on most nights. And while u/beerfumes didn't think it'd be much of an issue because she was heading to bed before hubby even popped open a cold one, her heightened sense of smell—which, by the way, is very common during pregnancy—was actually causing her to wake up.

"Unfortunately the plan didn't work and I usually wake up when my husband comes to bed," she wrote. "I can smell that he has brushed his teeth and he showers at night but I [swear] to god there are beer fumes coming out of his pores. And it makes me spew. So I'm up for hours again spewing and then trying to go back to sleep."

Anyone who's ever been pregnant before—let alone with twins—knows that the third trimester can be tough when it comes to getting a good night's sleep and trying to find a comfortable position. Forget about getting up a dozen times throughout the night to pee, imagine being woken up by the smell of your partner making you nauseous?

This is where most readers—parents or not—are probably feeling sympathy for this pregnant woman. Surely her husband's doing everything he can to help make her last few weeks of pregnancy a little more bearable, right? Well, not so fast...

"My husband says I'm overly sensitive as his sister and my brother have both smell tested him after two beers and they say they can't smell anything," she continued. "I feel like I'm crazy but I swear he reeks of beer and I just can't handle it. So I asked him to please either stop having beers for the rest of my pregnancy or sleep in the guest room. He doesn't want to sleep in the guest room because the bed isn't as comfortable and said if it's that bad I was welcome to sleep there. But see, I am a whale and yes the bed in our bedroom is more comfortable and I don't want to give up that little remaining piece of comfort."

I know what you're thinking: Why can't this dude just lay off the beer for now? Apparently, to him, the idea is "unreasonable." Even if it's literally making his pregnant wife vomit. Cue the eye roll. As someone who's been through the third trimester and is currently 24 weeks pregnant with my second child, I can tell you that pregnancy can be extremely uncomfortable and having a supportive partner can make the world of a difference.

Other Redditors were just as annoyed, pointing out that besides not doing something that makes your wife throw up, the husband should also be as alert as possible in the coming days and weeks since twins are often born early.

"Forget the smell, he should stop drinking for now because you're statistically more likely to go into pre-term labor and he godd**n needs to be sober to take you to the hospital," wrote one user.

"You would not believe the absolute ridiculous, miniscule things a pregnant woman can smell," another user commiserated. "Two pregnancies and a short list of things that made me puke: the smell of water in the shower, toothpaste, school lunch soft tacos, salsa, the bathroom, the weird smell from my husband's French press (like it always smelled like caramelized onions and not in a good way), the imagined smell of something I saw on Fear Factor, tofurky, this one stew I used to love making (I have not made for 17 years, RIP favorite soup). Smells during pregnancy made me want to murder people. I can't expect other people to cater to me, but husband doesn't count as other people."

So no, u/beerfumes, you most certainly are not the a**hole. And as one Redditor put it, "She is growing a baby. If he can't give up beer for a few weeks he needs help." 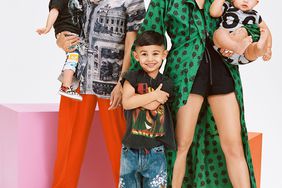