An irritated mom-to-be wants to know if she's "being unreasonable to be upset" by her hubby's hints about adding animal protein to her diet.

A vegan mom-to-be became upset with her husband when he started dropping hints that she should be eating meat during her pregnancy. She wanted to know if her anger was justified, so she posted about the situation to a forum on Mumsnet, a U.K.-based website for parents.

"I am in the very, very early stages of pregnancy," wrote the vegan mama-to-be, whose username is ElizabethForever, "and since we found out, DH [dear husband] keeps making hints that I should be eating meat to keep the baby healthy."

ElizabethForever explained that while she's "been a vegan my entire life," her hubby's diet isn't completely animal-free. "[He's] mostly vegan as I do the food shopping and cooking," she wrote, adding that while she's "never stopped [from] him eating the food he wants to eat," anything containing animal products stays in the fridge and freezer in the garage.

The Academy of Nutrition and Dietetics takes the position that "appropriately planned vegetarian, including vegan, diets are healthful, nutritionally adequate, and may provide health benefits for the prevention and treatment of certain diseases." As with any diet, you'll want to make sure you're getting adequate nutrients, including iron, folate and B-12. With that said, the Academy of Nutrition and Dietetics states that a vegetarian or vegan diet can be appropriate for every stage of life—including pregnancy.

In other words, as long as ElizabethForever makes sure she's getting the adequate nutrients and her doctor is aware of her diet, there's no reason she can't remain a vegan throughout her entire pregnancy. Her husband probably isn't a dietitian, though, so we're going to assume he meant well with his meaty suggestions. Still, as his wife put it, he did "upset me by suggesting I go against something which is obviously a huge part of my life."

Other moms and dads were quick to reassure ElizabethForever that her reaction wasn't unreasonable. "It's different if you're suddenly CRAVING meat," wrote one fellow parent, "but he can't expect you to eat it."

Many parents seemed to think the dad-to-be's suggestions were coming from a good place, even if he was "perhaps...a bit clumsy in expressing his concerns."

How to Get the Right Nutrients Without Meat

And a few of the Mumsnet commenters turned the table on ElizabethForever. "The [dietary] control is the other way!" wrote a user by the name of GreyRoses. " The husband has to trek out to the garage if he wants anything animal based? So, milk in coffee for example requires a trip to his designated fridge/freezer...I think that's the controlling part."

Hey, when you ask a question online, you're going to get varied feedback. Ultimately, though, this vegan mom-to-be didn't seem to regret posting about her situation. In fact, after hearing from other parents, ElizabethForever concluded she would "speak to the midwife at our [prenatal] appointment about getting the right nutrients."

Sometimes you just the Internet to point you in the right direction. 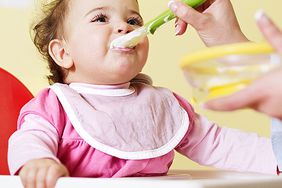 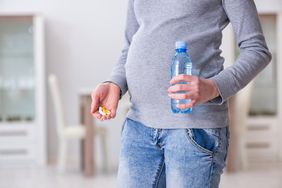 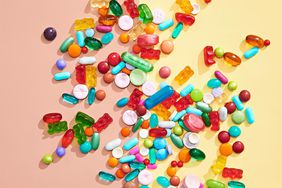 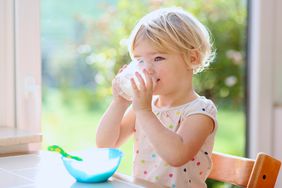