A new report from MagnifyMoney finds that the percentage of parents who are staying home with their kids has risen 60 percent across all 50 states and the District of Columbia since 2019.

In just over a year, the pandemic has significantly reshaped many aspects of family's lives. Now, a report from personal finance site MagnifyMoney, based on data from the U.S. Census Bureau, has found that the percentage of parents who are staying home with their kids has risen 60 percent across all 50 states and the District of Columbia since 2019. On average, 2.4 percent of parents are staying at home with their children as of early 2021, up from pre-COVID-19 levels of 1.5 percent, the report notes.

Here are the highlights of their findings.

The States With the Most Stay-at-Home Parents

Mississippi topped the list of places with the most stay-at-home parents in 2021. In the Magnolia State, 6.5 percent of households having one parent staying at home with their children.

Delaware came in second at 5.6 percent, while Texas made the third slot at 3.5 percent, followed by North Carolina (3.4 percent).

The place that saw the biggest jump between 2019 and 2021: the District of Columbia, which went from 0.6 percent to 2.5 percent—a 317 percent difference. MagnifyMoney attributes this to D.C.'s "stringent COVID-19 guidelines in place, including a stay-at-home order that was lifted May 29, and a 10-person cap on workers and children in child care facilities during Phase 1 of reopening."

The States With the Fewest Stay-at-Home Parents

Only four states had fewer stay-at-home parents in 2021 than in 2019. Topping that list, California saw a 16 percent drop in the percentage of households with stay-at-home parents, the highest proportion of any state. (The report finds that strangely, the Golden State also saw a significant percentage of job losses from February through December 2020—8.3 percent, which is nearly two percentage points more than the national average.)

For more information on how your state lines up, check out the full report.

In light of their findings, MagnifyMoney offers tips for parents living on a single income, such as building an emergency fund, automating bill payments, finding an online bank that offers the best interest rates, and considering moving. But their report is also just one more pandemic-charged wake-up call that parents need more structural supports, such as universal child care and paid family leave. 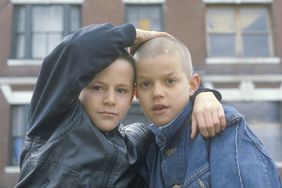 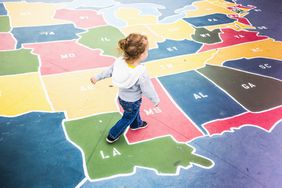 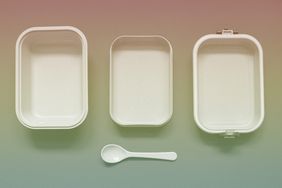