After a Google search revealed that Peppa Pig is 7 feet and 1 inch tall, Twitter users theorized on the very large size of the other pig family members.

How Tall Is Peppa Pig?

You would never guess it, but it turns out that Peppa Pig is 7 feet 1 inch tall. We’ve always wondered if the ridiculously steep hill that the Pigs live on was drawn to scale, yet never thought twice about Peppa’s height. But one Twitter user did and shared a screenshot of their Google search as evidence.

This prompted other users to wonder even more about the alternate universe of Peppa Pig, where dogs, foxes, and zebras speak English, but ducks are still ducks.

Based on Peppa's height, one Twitter user hypothesized about the height of the remaining Pig family members, suggesting dad is 14 feet 2 inches tall, mom is 11 feet 6 inches, and baby bro George is 4 feet 5 inches. Those are some tall genes from mum and pop Pig.

Considering this revelation, others speculated about future career options for Peppa (aside from releasing an album, which she just did).

While it’s hard to imagine that Peppa and Shaquille O’Neal could stand shoulder-to-shoulder, her height does suit her character. Remember when Peppa hung up on Suzy Sheep because she was jealous that Suzy could whistle? Sometimes, Peppa has a bit too much pep; maybe animators decided her feisty personality wouldn’t fit in the average pig’s body.

Peppa Pig Has Some American Kids Speaking With British Accents

While the show’s creators haven’t confirmed or denied this leak, this scene does prove that Peppa has gotten taller over the course of the show. It also acknowledges that Peppa herself is confused about the concept of height when she tells her little brother, “I will always be taller than you, George, because I will always be older.” But when Peppa meets the new, taller kid in her class, Gerald the Giraffe, she realizes her mistake. With this new information from Twitter in mind, we're now more concerned about Gerald’s height—and if the Pigs’ family car is ever going to give out while driving home.

And Parents.com executive editor Julia Dennison has some evidence to back up this claim. She recently 'met' Peppa with her daughter at a launch event for the famous pig's collab with Hunter Boots and posted a photo of the pig towering over both of them on Instagram, captioning it, "I think she is actually 7'1''!" 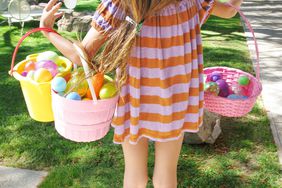 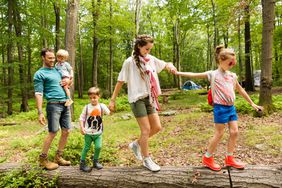 7 Reasons to Take a Family Hike This Summer