If you're a bit confused why your wee one is speaking the Queen's English, you're not alone: "The Peppa Effect" is everywhere and one viral TikTok video is proof.

If your toddler calls you "Mummy Pig" or "Daddy Pig" and starts speaking in a British accent, don't be alarmed. They've probably been watching Peppa Pig, and you're hearing what's been dubbed as "The Peppa Effect."

Megan Harper, a mom on social media, who goes by girlgonechild on TikTok, shared a video of her kids who are evidence that this is true. Her American children are saying words in a British accent and also adopting phrases commonly used in the U.K., including holiday instead of vacation and petrol instead of gasoline. The hilarious video is going viral with more than 930,000 views and 200,000 likes.

Janet Manley, a mother of two and editor, coined the phrase in 2019 in Romper when her 20-month-old daughter started mimicking Peppa's accent following a Peppa Pig-filled flight to Australia. She soon discovered that her wee one wasn't the only child to start pronouncing words like "zebra" and "tomato" with a British accent.

Parents from all across the country have shared their experiences with the Peppa effect on social media.

These little Peppa-isms are adorable, and they're also indicative of how receptive kids are when it comes to language. That's why experts say that the best time to teach a child a second language is actually when they're learning their first one.

"A young child's brain is wired to pick up language naturally," Nancy Rhodes, director of foreign-language education at the Center for Applied Linguistics, in Washington, D.C., previously told Parents.com. "Between birth and puberty, children can learn multiple languages and echo accents easily."

In other words, all the kids picking up on Peppa Pig's accent now are just the right age to start learning another language—even if it doesn't involve oinking. Being bilingual—or even just picking up a few terms from across the pond—is a wonderful way to enrich a child's life.

As Karen MacGilvray, director of education at Language Stars, a children's language program based in Chicago, told Parents.com, "Learning early on that an object can be described in more than one way (house, maison, casa), promotes flexibility in thinking and overall creativity."

Keep that in mind the next time your wee Peppa fan breaks into the "baked beans boom" song in the queue!

Updated by Anna Halkidis
Was this page helpful?
Thanks for your feedback!
Tell us why!
Related Articles 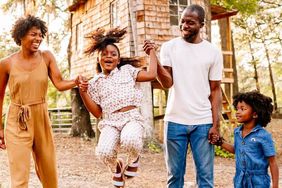 This Mom Has the Best Tips for Traveling With Your Family 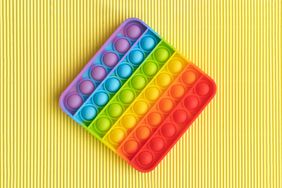 What Are Pop It Fidget Toys, and Why Are They So Popular?