Parents Say Age 8 Is the Most Difficult to Parent, According to Poll

Every stage of parenting has its challenges, but one poll reveals what age parents might struggle with the most.

You thought your mischievous 2-year-old was a handful? Or maybe your 4-year-old has been trying your patience daily since their last birthday? Well, according to a survey by OnePoll, sponsored by Mixbook, the majority of parents think ages 2, 3, and 4 are a piece of cake compared to 8.

It does make sense why eight can be a tough age: Eight is officially a big kid. Eight is personality and autonomy and attitude that still wants to end the day with a snuggle and hug. Eight is the body prepping for puberty and the hormones that go along with it.

In fact, age 8 is so tough that the majority of the 2,000 parents who responded to a 2020 survey agreed that it was the hardest year, while age 6 was better than expected and age 7 produced the most intense tantrums. The parents even called the age of eight the "hateful eights," which does seem a little harsh, but the parents noted that tantrums seem to have really intensified around the age of 8.

These findings may seem surprising if you've never had an 8-year-old, but there are some reasons 8-year-olds may be challenging.

Eight-year-olds can be stubborn and defiant, slamming doors and rolling eyes, in their attempts to establish their independence and individuality. Acting like doing their chores is an act of torture is common and straight-up ignoring their parents is an 8-year-old hallmark. Eight can be patience-trying and headache-inducing, but after a particularly rough day or a huge meltdown, they still just want a hug. It's hard parenting an 8-year-old, but it's hard being an 8-year-old too, so when possible, choose compassion when your 8-year-old is acting like an 8-year-old!

Of course, the age you may find most challenging as a parent may be different than eight. In fact, many parents on our Instagram page cited the toddler years and teen years as especially challenging.

While each age definitely comes with its ups and downs, those of you who are in the throes of 8, we see you. And of course, it wouldn't be a complete survey if we didn't mention that in addition to those tough moments, the parents also mentioned that they were surprised by how quickly their kids grew up and became independent, so if you're having one of those tough days, just keep in mind: It really does go by so fast. 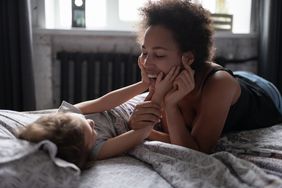 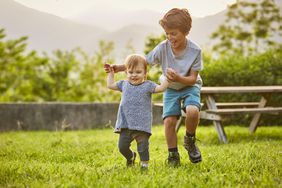