Parents Only Get 32 Minutes to Themselves a Day, According to New Survey

Meal delivery service Munchery surveyed 2,000 moms to come up with unnerving, albeit unsurprising, stats about parents' "me time."

Fact: Juggling motherhood and any sort of legit "me time" is a perpetual battle for most women with kids. New survey results show just how much of a struggle it really is. A meal delivery service called Munchery recently interviewed 2,000 moms and dads and concluded that the typical parent has 32 minutes to themselves every day. Yep, most moms and dads get little more than a half hour of "me time."

Another finding that's easy to interpret as downright depressing: 32 percent of parents don't stop working until 8 p.m., which certainly explains the lack of time being able to put toward much of anything outside of daily to-dos and parenting duties.

Illustrating just how tough it can be for parents to nail down "me time": Respondents told Munchery that they were hiding from their kids an average of fours time a week. Yep, sometimes you gotta just pretend you're going to the bathroom to squeeze in that rare solo moment.

While these findings aren't exactly gasp-worthy, they're no less dismaying. Everyone could use an adequate amount of time for self-care. Fingers crossed this survey serves to inspire those in parents' lives—friends, family members, colleagues, neighbors, professional caregivers—to lend a hand when possible, as moms and dads obviously deserve any and all the help they can get. 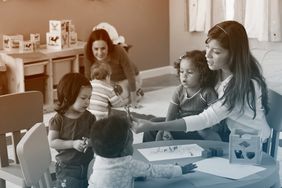 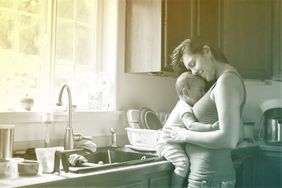