She used a simple piece of paper to teach her kids the harmful (and long-term) effects that hateful words can have on others.

About 20 percent of children report being bullied in school, according to research. That statistic is unacceptable to one mom, who used TikTok to talk to her children about bullying and inspire other adults to do the same.

The mother, who posts as @iamdiosa on TikTok, starts her video by telling her two kids, Alayna and Neelia, to say mean things to a piece of paper.

"You're ugly," says one child. Mom responds by wrinkling the corner of the paper. "You have no friends," says the other child, and Mom does the same to another corner. The girls continue, rattling off hurtful insults like, "You're fat" and "You smell like dog food." Mom wrinkles the paper a little more each time until it takes the shape of a ball.

Then, she tells the girls to apologize to the paper, a common form of conflict resolution that experts say isn't necessarily effective. After the children apologize, she opens the paper so it's a rectangle again and asks, "Is it fixed?"

Both kids respond "no" in unison.

"This is why you don't bully," the mom says. "Understood?"

The video has been viewed more than 16 million times and has nearly 46 million comments from users who appreciate the creative and poignant anti-bullying message.

"That's absolutely amazing. You're a great mum," said one TikToker. "This is a good example," someone else commented. "Thank you for teaching your children the right thing to do," another commented.

Mom's video inspired one TikToker to teach her son the same lesson. "I will also tell this … to my son so he can behave well," the person wrote.

This video is the latest example of a mama taking to TikTok to teach kids about the importance of being kind and compassionate towards others. In March, one mom shared a video of a conversation she had with her little ones about anti-racism amid a troubling rise in anti-Asian violence.

These messages are important. Bullying is (and has always been) prevalent in schools, and gender and race may play a role in who gets victimized. According to the National Center for Educational Statistics, girls are more likely to be victims of bullying than boys, with 23 percent of females saying they've been bullied compared to 19 percent of males. And 25 percent of Black studies report being bullied — the highest of any race studied.

Unfortunately, there are no federal laws against bullying in schools. However, there are some things experts say parents can do to help protect their child from harassment (and ensure they aren't the harassers), including: 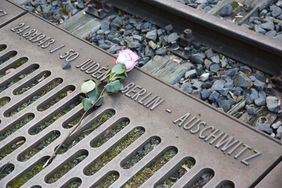 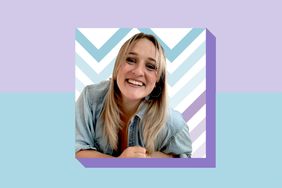 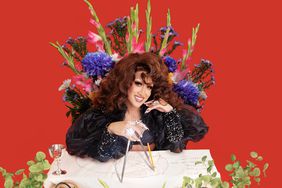