Her toddler covered the “S” while smiling in her “Sasshole” t-shirt and, well, you get the picture...

Like many parents, Paige Ward, 29, a mom of four in Oklahoma, has been working round the clock—at an urgent care clinic, no less—during the pandemic. So it's no wonder she forgot about her 2-year-old daughter's school picture day—and accidentally sent her wearing a funny shirt that read, "sasshole." The result? The most 2020 school picture ever.

Ward shared a hysterical video of her reaction to the school picture on TikTok and it quickly went viral—with good reason. Captioning the photo, "Well.. should I order some prints or what..," the video shows Ward's daughter, Emma, rocking her sassy shirt, but accidentally covering up the "S" in "sasshole" to spell, well, you know.

Emma's adorable little grin only makes the mishap that much funnier.

"If you ever thought you were a bad mom," Ward wrote on TikTok, "At least you didn't forget picture day, and send your toddler to nursery in this."

And while most TikTok users totally disagreed that Ward was any sort of bad mom or that the photo was anything short of hilariously cute, there were, of course some commenters questioning why she chose such an "inappropriate" shirt for her daughter in the first place.

Ward noted that a friend had made the shirt for Emma because she was the sassy comedian of the family. Though she'd only worn it a few times, it just happened to make it's way out of the house that day. "I woke up that morning exhausted and grabbed the first thing out of her closet I could see, which happened to be the famous 'sasshole' shirt," Ward told BuzzFeed News.

These things just happen. I mean, it wouldn't be 2020 without some kind of unlucky/funny story like this.

Epic fail or happy accident? You be the judge. Personally, I think these are the kinds of memories Ward's family will cherish as the kids get older. BRB, going to order my toddler a funny shirt of his own. 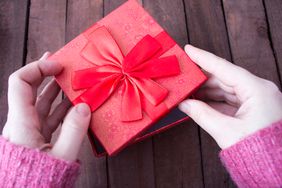 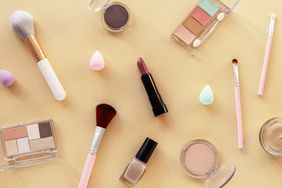