One mama planned to give pumped human milk to her twins, but she says United Airlines made multiple mistakes. Now, all that milk is gone, and she's understandably upset and calling on the airline to do better for infants and parents.

Whether you've pumped 1 ounce of human milk or 1,000 ounces, you know how much love goes into every single drop. It's why lactating people sometimes cry over one 4-ounce bottle of spilled milk.

And it's the reason one Las Vegas mom is not happy with United Airlines. She says the airline mishandled and damaged 1,000 ounces of frozen breast milk that she was hoping to give to her twins, who were born prematurely and spent about two months in the NICU.

Yes, there are three zeroes there.

Jenifer Powers was flying to Las Vegas from Houston with her husband and three children under 3 to relocate for a new job. She says shipping it would have cost $300 for 150 ounces, according to news reports. That would make the price tag for shipping all of that milk $2,000.

Instead, Powers studied up on United Airlines' policy on flying with breast milk and dry ice. United Airlines' website states that passengers can bring on clearly-marked packages containing 5.5 pounds or less of dry ice as long as the package has proper ventilation to allow carbon dioxide gas to release.

Powers said she followed the rules and had a printout of the policy in tow when she arrived at the Houston airport.

But three separate employees at the airport said dry ice wasn't allowed. Powers hoped that the breast milk would stay frozen during the three-hour flight. Frozen breast milk that has started to thaw but still has ice crystals can be refrozen, according to the Centers for Disease Control and Prevention (CDC).

With all that frozen milk packed together, it certainly had a fighting chance. Unfortunately, the frozen milk didn't arrive on the same flight as Powers and her family as it should have. Instead, it was inexplicably put on a plane due to arrive at Harry Reid Airport in Las Vegas several hours later.

When Powers opened the cooler, all of her milk was slushy. And that was only part of the problem. Powers also says someone clearly went through the milk she had carefully organized and spilled it.

"I panicked and got rather upset," Powers, who estimates it would have provided supplemental nourishment for her twins for 40 to 50 days, told KSNV NBC Las Vegas. "I think, as most nursing moms would admit, it's a fairly emotional process as well. And so, to have all of it just poured down the drain was a fairly emotional evening."

For the uninformed, pumping is hard work. It involves essentially allowing plastic flanges to milk you for 15-plus minutes. If you're exclusively pumping, you probably have to do it every two to three hours to keep up with your baby's needs. If you're pumping at work, you may or may not be paid during that time—and your accommodations may or may not be comfortable. Unless you have a fancy portable pump, you're strapped to a wall, making it hard to do much of anything other than scroll through social media or purchase things you don't need on Amazon.

But people do it for their babies and sometimes even others if they are donating. Lactating is not the be-all, end-all of parenting—informed support is best—but major medical organizations like the CDC, World Health Organization, and the American Academy of Pediatrics all agree human milk provides many unique benefits for human babies and toddlers.

So, it's not surprising that Powers is now calling on airlines to recognize the importance of human milk and do better.

"Formula is hard to come by right now," Powers says. "I think it's important that people realize that breast milk, in some ways, should be treated like medication. It is a lifeline for new infants and deserves to be handled that way."

Better support for infants and lactating parents may be coming. Earlier this month, Rep. Katie Porter (D-CA) introduced bipartisan legislation that would protect parents traveling with human milk. The Bottles and Breastfeeding Equipment Screening (BABES) Enhancement Act, co-led by Maria Salazar (R-FL) and Congressman Eric Swalwell (D-CA), would call on the TSA to issue guidance on handling human milk, formula, and other infant nutrition products and accessories appropriately. The bill instructs the TSA to consult with maternal health organizations to establish and communicate this guidance to protect infant health and nutrition. 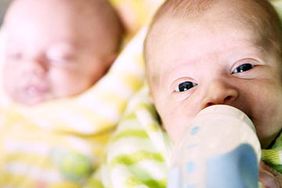 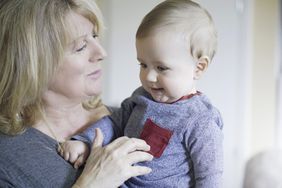 6 Common Concerns Parents Have When Leaving Their Baby Overnight 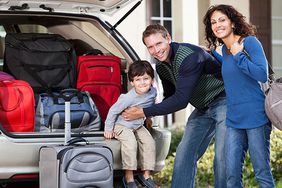 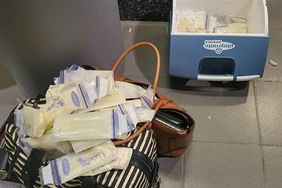