Mom Vents After Fielding Unwarranted Advice from Mother-in-Law, and Reddit Can (Frustratingly) Relate

As a new viral thread spotlights, parents on Reddit have a message for members of the peanut gallery: pipe down.

A pregnancy announcement is often a magnet for unsolicited advice, comments, and questions:

"Are you planning to breastfeed?

And once the baby is actually born, the comments don't stop. They range from the annoying ("Have you gotten that $300 couch I told you about yet?") to the downright shaming ("Are you sure your baby is eating enough? They're so tiny.").

One Redditor is pretty much over what the peanut gallery has to say, and wanted to know if other parents had similar experiences.

"What's the most annoying thing someone has said to you recently about your baby?" asked u/lavendarloveletter in the Beyond the Bump subreddit. "I'll start: My baby's hair is 4 inches long and still sticks straight up. We call it her mohawk, and it fits her personality perfectly. My [mother-in-law] is generally pretty okay, and we get along well, but she told me last week that I needed to start using gel on my daughter's hair."

The original poster (OP) will continue to style Baby's hair as she pleases—thank you very much.

"She's 4.5 months old," Mom continued. "No, I am not going to start using hair product[s] on my baby (I laughed and told her that I love her hair and would not be doing that)."

Then, she wanted to know: "What has someone said to you recently that wasn't necessarily harmful but rubbed you the wrong way?"

More than 500 comments have poured in over the last 22 hours, and they're a reminder that if you don't have anything helpful to say, it's usually best not to say anything at all.

"My baby is [four] months, and everyone seems to think I should stop ebf [exclusively breastfeeding]," one top commenter wrote. "From comments like, 'Tell your mother you want food' to 'Your mother didn't feed you…that's why you're sucking your finger,' and the infamous 'Soon you won't be able to feed him, so better just give him [a] bottle.' Mind your own damn breast, and leave my child alone."

A friendly reminder: A child's doctor has access to the World Health Organization's growth chart and will flag parents if something is off. Your opinion is not helpful. But the unsolicited medical advice doesn't stop with feeding and weight "concerns," as further replies to the post revealed.

"My son has a herniated belly button. It was quite bad around the [one-to-four]-month mark, but now we're at [six] months, and most days, you wouldn't even notice he has it. My [in-laws] have the biggest issue with it. I even tell them all the time it's going back to normal, but they still say, 'Oh, he's going to need surgery for that,'" another wrote.

Again, a doctor can advise on that one. And comments aren't just limited to medical advice.

"My [mother-in-law] keeps asking when we are going to start letting our 1-year-old watch cartoons…I'm trying to follow the recommendation of no screen time before [2-to 3-years-old] because I just don't find it necessary," another Redditor said.

While it's true that unsolicited advice doesn't always come from a bad place, it can still be annoying and hurtful. Here's some expert advice on dealing with unwanted comments about your parenting approach: 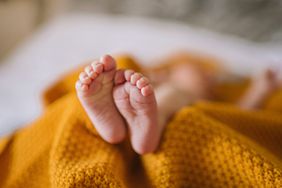 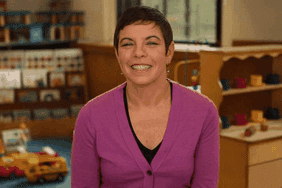 How to Deal with Pushy Parents (Yours!)