Parents want to believe that they're raising their teens to make sound choices in their social lives. But with adolescence comes immaturity, insecurities, and hormones that can often set kids up to accepting behavior from others that isn't in their best interest. Nonetheless, some teens are actually fully equipped to see the forest for the trees and cut toxic people out of their lives, as evidenced by a thought-provoking, cheer-worthy thread in the Parenting subreddit titled, "So proud of my teen daughter recognizing early warning signs in a new friendship."

Writing under the handle calilac, a mom shared that her 14-year-old went to a local comic-con event with her friends who are all 14 and came back telling her about new cosplayer friends she had made. One of them was a 19-year-old boy, while others were a 12-year-old boy, a 14-year-old girl, and a couple 20-year-old college women. She said her brain "auto-pinged that 19-year-old specifically as something to be wary of," but because her daughter and the boy had only exchanged Instagram info, "no big alarms went off," and the original poster (OP) says she "put it down to my personal experience bias." She continued, "Fans are all ages and nothing wrong with older fans geeking out with younger ones about what they love. It's actually a pretty beautiful thing."

The group met up for the last day of the con and had a good time, according to the OP's daughter. Everyone planned to get together again later on, but when no one could make it but the Redditor's teen and the 19-year-old, she put the kibosh on the get-together.

"I guess my refusal or something else set him off, and this morning, he tried to start some drama with her," the OP wrote. "He removed her from the group chat they were all in, told her to 'ask your "friends" why' and proceeded to lecture her on what horrible friends they were, called them narcissists, said she was a different person around them, criticized how dependent she was on them (my fault for insisting they had to be there too but he didn't know that), and that he only cared about her well-being."

Calilac continued, "This boy has been talking to her for two days and thinks he 'knows what real friendship looks like.'" But the Redditor was in for a pleasant surprise when her daughter "recognized the attempts at manipulation." She was a bit caught off-guard, because she admitted that at her daughter's age she was "so attention-starved that I fell for shit like that all the time. And this was her first time experiencing something like this too. "

Calilac's daughter "even gave him the benefit of the doubt and tried to talk some sense into him about how her friends are actually pretty great people and explain how he was jumping to some pretty big assumptions, but he insisted he was right."

The Redditor noted that it was at this point that the teen showed her the conversation, asking for suggestions on "how to tell the others about this exchange. So, the younger ones are all aware now and acknowledged it was some f'ed up boundary crossing. How they deal with that is up to them at this point, but I feel like there's not much else we can or should do."

The OP shared that she and her husband had warned their girl "about this sort of behavior in relationships," but they "never knew if it actually sunk in so I'm really proud of her (and us tbh)." She said that the incident left her feeling "strangely, a little more terrified and confident at the same time regarding letting her go out and about in the world. She'll be a freshman in high school this year, so I feel a little better about her boundary awareness now."

"Is It Okay for Teen Girls to Only Have Guy Friends?"

She concluded that even if the 19-year-old "had the best intentions and wasn't fully cognizant of how manipulative he was being," the interaction was not an OK one between a 19-year-old and 14-year-old, and she told her daughter to "basically ghost him, because he continued to bad mouth her other friends and try to isolate her from them." The OP's daughter "unfollowed his Insta and kicked him from hers, and hopefully that's the last she'll hear from him." The Redditor said she was "a bit blown away by the whole situation, really. I'm still going to regard my brain's auto-pings with skepticism, but it's a bittersweet comfort to know I'm not an unjustified paranoid parent when it comes to her safety especially when insisting that she never go out alone but always with a trusted friend or two."

Redditors applauded the OP for her win, wondering what her secret to parenting might be. To that, she said she and her husband try to be the parents they wanted while growing up and respecting their daughter "as her own person."

Further down in the thread, Calilac elaborated, "We started talking to her about consent and boundaries when she was around 3. She didn't have to hug or kiss anyone she didn't want to (like lots of relatives expect from kids). Over the years, we've built on that in casual conversations. Around 7th grade, we started talking more often (and very casually) about healthy relationship behaviors and unhealthy ones, beginning with what she was wanting from a relationship like that."

Teen Didn’t Want 'Formal' Senior Photos, So He Took His in a Bathrobe

She also asked her daughter what has helped the most in getting her comfortable to be so open. "She said at first 'that's just the nature of our relationship' (fist pump!) and then, followed up with 'the fact that you don't over-react really helps too.' She said this goes for both good and bad things, making a big deal out of anything makes her really uncomfortable."

Since being shared on Wednesday, August 7, the post has wracked up 1.5K upvotes and nearly 100 comments. A Redditor named TimBowen said they "dodged a bullet in this one," then applauded the OP by writing, "Awesome job equipping your daughter with these skills."

Another named Bk7j commended both the teen and Calilac, writing, "Not only did she recognize things properly, she clearly trusts you enough to come to you for advice, even after you forbid her from doing something fun. That's some grade A parenting that includes a lifetime of building up a good relationship with your daughter, so she knows you have her back."

Props to these parents and their daughter. Not only is this a cause for applause in the short-term, but the teen's ability to identify and reject toxic behavior now will undoubtedly make it easier for her to form healthier, happier relationships for years to come. 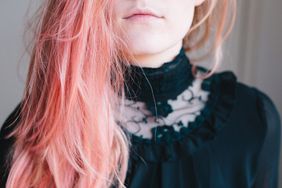 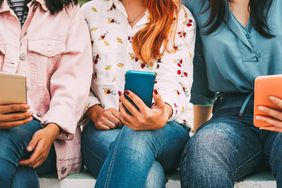 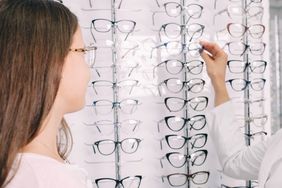 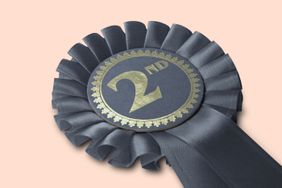 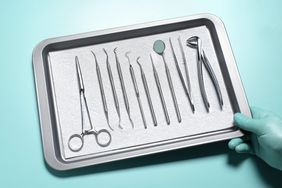