Missouri mom Kaleigh Cole lost her daughter, Brynlee Jones, in what was described as an "accident" at an at-home day care facility. Now, she's fighting for laws that could prevent future tragedies.

A mom from Missouri is making national headlines after enduring the absolutely devastating loss of her baby girl Brynlee Jones last August. The 4-month-old was at an unlicensed, in-home day care facility when, according to Cole, she rolled onto her stomach and struggled for air, ultimately passing away due to suffocation. The main caretaker wasn't present during the incident.

In the months that followed, Cole investigated the circumstances surrounding her little girl's passing. The 23-year-old told the Springfield News-Leader that she learned the unlicensed day care where she took Brynlee had more than 20 children in its care, even though the operators were legally allowed to watch only four unrelated children.

The day care was run by a woman named Cheri Beason who had watched Cole's youngest sister a few years earlier. Cole tells Parents.com that what she now sees as "obvious red flags" about the facility initially seemed like "safety precautions." For instance, Beason "had in her handbook that she wanted you in and out quickly with no chatting," and "she didn’t want you going into her house except for the designated area," Cole notes.

Piecing together what happened to Brynlee lead the grieving mom to do research in general about day cares in Missouri, she told the News-Leader. "I found article upon article of similar cases and prosecutors basically not doing anything about it, there being no laws about it, just nothing happening," she said.

Case in point: Beason was charged in January with the infraction of operating a day care without a license from the Department of Health and Senior Services, which oversees day cares. The infraction is less serious than a misdemeanor.

"I have been told that 'unfortunately there aren’t any laws for this,' and that because [Beason] was not licensed, she is not held accountable the way someone who was licensed would be," Cole tells Parents.com.

In light of this injustice and the lack of protections for children and parents, Cole felt compelled to take action and is now lobbying for legislation that will tighten regulations on unlicensed day cares and hold day care providers accountable.

"My ultimate goal is to make sure that no babysitter goes unpunished for something that they are responsible for simply because there are no laws for it," Cole tells Parents.com. "My goal is for them to be held accountable for their actions." Her hope is that, if there is legislation like this in place, day care and other child care providers will be deterred from the kind of irresponsible behavior that lead to this senseless loss.

As she fights for legislation in Missouri, Cole hopes to spread awareness around the country, encouraging parents to reach out to their local representatives and state senators to push for regulation of child care providers that will protect parents and kids.

"Report any and everything that seems wrong or suspicious," she advises. "You can never be too careful. If you pull your child from a babysitter due to concerns for your child’s safety or because of something that happened to your child, make it known to the public, so future mothers can take that into consideration when choosing child care." 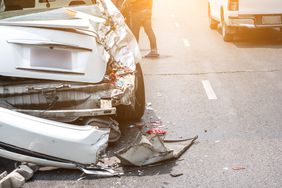