Move Over Celebs and Politicians, People Credit Their Mom and Dad as Top Role Models

Dads come out front, as the top role model for 47 percent of respondents and mom was a close second. Typical.

Most everyone has had at least one role model in their life—a person who inspires them to be better, to do more, to reach higher. Sometimes it's an inspiring cultural figure like Malala Yousafzai or Greta Thunberg. Or maybe it's an artist or athlete who excels at their craft like Misty Copeland or Serena Williams. But a recent survey suggests that it's more likely your role models were a little closer to home.

According to research from One Poll on behalf of The University of Phoenix, most of us think of our parents as our main role models. Yep, good old mom and dad. Or in this case, dad and mom—dads were found to be the top role model for 47 percent of respondents and mom was a close second at 42 percent. Rounding out the top five were teachers or professors, celebrities, and coaches or other instructors.

The study looked not only at who our role models are, but also their impact on our lives. Eighty-one percent of respondents agreed that their role models had influenced at least some of their major life decisions—like pursuing higher education or sticking with college or university when it got rough.

Seventy-eight percent of respondents said they feel that young adults are more likely to pursue college or university if their role model pursued it as well.

"At University of Phoenix the majority of our students are first-generation college students and many are also parents," said John Woods, the university's provost, in a statement. "For them, being a role model for their children is an important factor in wanting to pursue a college education. Earning their degree encourages future generations to build a legacy of education."

Survey participants were asked to recall the best advice they ever received from their role models and the answers are nothing short of inspiring: never give in to critics, always be proud of who you are, education is the best legacy, be yourself and love yourself, and fight for your dreams were just a few of the motivational-poster-worthy responses.

In this day and age of division, anger, and uncertainty, having positive role models, for both parents and kids, might be more important than ever before. And to all the dads and moms out there, no pressure, but you're a role model now! 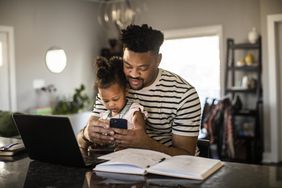 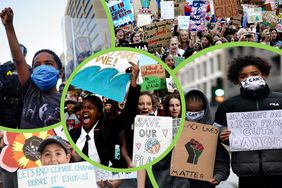 How to Raise an Activist