The family's Pennsylvania community banded together to look for the toy, which was thankfully found by the teen's sister.

Parents know all too well that a lost lovey can make for a boatload of tears. That's why it's no surprise a mom from Pennsylvania named Niki Dougherty-Ramirez is feeling hugely relieved after her 13-year-old daughter Bryanna was reunited with her favorite Minnie Mouse doll, which the Ramirez family worried had been lost for good. It wasn't just any doll; it had accompanied her through 40 brain surgeries, which she's endured since she was just 18 months old, as she was born with a condition in which her brain is too big for her skull.

The doll went missing after the family had been dining at a local Chick-fil-A, and as it was the last place Bryanna remembered seeing it, the restaurant offered a $250 reward and free food for a year to anyone who located the doll.

Meanwhile, Dougherty-Ramirez posted on Facebook, asking her community to look for the toy, and the hashtag #FindMinnie became a trending topic on social media, ABC reports. And sadly, as with many viral stories, the family's situation spurred negative comments from trolls, Dougherty-Ramirez tells Parents.com. "Some people have been so cruel, it is ridiculous," she says.

Thankfully, the family soon experienced a positive turn of events. This past Tuesday evening, the doll was found in Dougherty-Ramirez's 7-year-old daughter's clean wash. "Bre must have put Minnie on the couch on top of the piles that needed to be put away," Dougherty-Ramirez told ABC. "[My youngest] went to get pajamas out of the pile and found Minnie."

The 13-year-old couldn't have been more comforted. "Bryanna is very, very happy to have her back," Dougherty-Ramirez tells Parents.com.

And ultimately, she hopes her family's story will serve to reassure other parents. "I hope this will help moms feel that they are not alone in this crazy life and crap happens," she says. "We as mothers need to stick together and support each other." 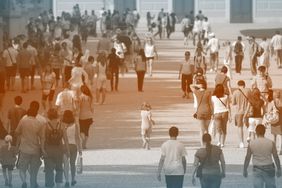 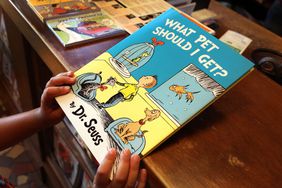