In one of several sketches the reality star and entrepreneur appeared in, four women head out to the club for the first time "since forever," and the results are all too real.

As easy as it might be to catch up with your friends over a bottle of Malbec and old Sex & the City episodes once the kids are asleep, you might occasionally crave the kind of hang out you used to enjoy back in your 20s. But even if you make it into sky-high heels and a trendy club, there's no guarantee your experience will look anything like it used to. That's the all-too-relatable premise of a hilarious sketch Kim Kardashian appeared in while hosting Saturday Night Live this past weekend.

In the digital skit, Kardashian, Cecily Strong, Ego Nwodim, and Punkie Johnson head out to a club. "It's going to be so much fun—we used to always do this," says Kardashian in character as "Trish." Nwodim retorts, "Yeah, in our 20s!"

But Johnson adds, "Well, all I do is take care of these kids, OK. I need this."

And when the "grown and sexy" ladies make it from the line into the club, Strong's character notes, "You do so much for everyone else, it's time you had one night out for yourself!"

Nwodim adds, "I left my man at home and my kids are with the nanny. Dress so tight, all the haters can't stand me."

But one by one, the ladies succumb to the realities of not being in their 20s anymore. Kardashian falls asleep on a couch, Nwodim's red bottom heels hurt so much that she has to go to the kitchen and dunk her feet in buckets of ice, Strong treats herself to rich food and ends up with digestive issues, and the music is just a bit too loud for Johnson who takes refuge at the bar where she proceeds to keep tabs on the traffic they'll have to deal with on the way home.

Ultimately, they're left no choice but to take ibuprofen, chug Pepto, and pay a club employee $500 ... for his shoes.

Anyone over 30 and/or who's a parent was left nodding and cracking up.

Twitter blew up with comments from people who totally saw themselves in these "grown-ass women" at the club.

Whether you've attempted a "ladies night" of your own only to discover that you can't hang cuz you're exhausted from raising kids, you've just spent the past year and a half in a state of constant fight-or-flight mode, and/or TBH, you really could never hang but now at least you can use age as an excuse (*raises hand*), it's all good. There's no one way of letting loose and doing something for yourself as a parent. And there's certainly no shame in skipping stilettos and sweaty crowds altogether. 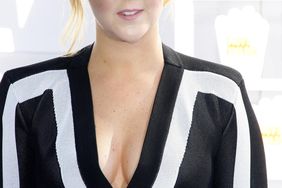 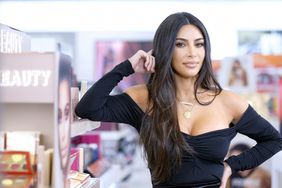 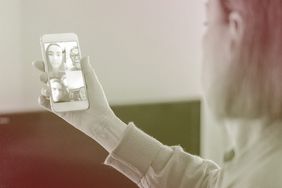