Though the guidance was considered before the pandemic, expert recommendations come at a crucial time for Americans.

For the first time, the U.S. Preventive Services Task Force (USPSTF) is recommending that adults under the age of 65 receive anxiety screenings. The screening guidance is not final but includes pregnant and postpartum individuals.

The USPSTF, an independent group of disease prevention and medical providers who issue guidance widely respected in the health care community, says anxiety is "characterized by greater duration or intensity of a stress response over everyday events."

"This is important because it will shift the medical profession from seeing health beyond the body and includes a psychological and even social aspect," says Taish Malone, Ph.D., a licensed professional counselor with Mindpath Health.

The new guidance is in line with the recommendation to screen for major depressive disorder in adults that the group released in 2016. It's also the latest recommendation the group has given on mental health screening this year. In April, the USPSTF recommended that children ages 8 and older be screened for anxiety, and those 12 and over should be given depression screenings.

The Importance of Early Intervention for Mental Health Issues

In the latest guidance, the panel cited a study from 2007 that found the median time to initiate anxiety treatment is 23 years.

"As with any health issue, the sooner we identify it, the sooner we can treat it and help the individual who is struggling," says Teodora Pavkovic, a youth psychologist and director of community engagement at Linewize.

The guidance pre-dates the pandemic, but the worldwide health crisis also led to a reckoning on mental health. The World Health Organization released a report earlier this year stating that COVID caused a 25% increase in anxiety and depression. A 2021 study also found that the pandemic caused more than 76 million cases of anxiety and 53 million of major depressive disorder. Late last year, U.S. Surgeon General Dr. Vivek Murthy issued an advisory to address the youth mental health crisis, which he said was exacerbated by the pandemic.

All told, the need for mental health help seems to have increased—and a screening process can help flag the potential for anxiety and depression in children and adults alike. Treatment in adults, such as therapy and medication, can have a ripple effect on families.

"Children often mimic and learn from parents," says Cherise Small, LCSW, the CEO and founder of The Healing Point Therapy & Wellness. "Early detection and proper treatment for parents dealing with anxiety will allow them to model effective coping skills, which the children will model."

However, mental health disparities existed long before the pandemic. The suicide rate of Black Americans increased by 30% from 2014 to 2019. Black people are more likely to experience symptoms of emotional distress but less likely to receive help, and at least one study points to fear of racial discrimination playing a role.

"Incorporating anxiety screening for all patients can fight some of the systemic issues within the medical field that Black and Indigenous people face when visiting medical providers," says Small. "This screening can connect communities to additional support they need without judgment."

But many individuals, regardless of race, are struggling to find a therapist amid a shortage.

"As a result of the pandemic, we have seen an increase in people seeking out mental health services," says Ernesto Lira de la Rosa, Ph.D., a psychologist and Hope for Depression Research Foundation's media advisor. "Ultimately, this is a good sign. However, we do know that the mental health profession is not able to keep up with the increase in demand."

Dr. de la Rosa suggests asking a medical provider about group therapy if they have trouble finding a therapist. "Group therapy can help people learn more about themselves and have social support from other group members," he says.

The USPSTF recommendations are open for public comment until Oct. 17, when the task force will consider making them final.

If passed, Dr. Malone says it could be an investment in our future.

"Normalizing attending to our mental health can be a learned behavior that encourages children to grow to not only respect the field but also the importance of their mental stability as an integral part of their overall health," she says. 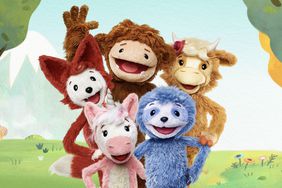