Even Khloe Kardashian has to shrug, laugh, and say, "Oh crap" sometimes.

Can we be real for a second? When people become parents, they also become poop experts. Text message conversations with partners or daycare providers often include updates on their child's bowel movements. Instead of whispering sweet nothings into your significant other's ears, you may find yourself asking, "Hey, did our son poop today?"

Even bath time can get a bit messy, as Khloe Kardashian recently pointed out on an episode of Ellen DeGeneres' digital series, Mom Confessions. Khloe dropped a hilarious doozy on viewers when discussing things she's learned to do on the fly.

"The time True pooped in the bathtub," the 37-year-old mama said with a laugh. "I've truly never experienced that before. I didn't know people just pooped in the tub. It's disgusting. I don't want to relive it, but I had to learn that on the fly."

Hey, it happens. And perhaps this is the real reason why Mila Kunis and Ashton Kutcher don't bathe their kids every day. (ICYMI: Kutcher said they waited to see the dirt on their kids before throwing them in the bath. It was said in jest but still not a bad idea if poopy water is a possibility.)

Khloe also doled out some less cringeworthy but still relatable advice to parents-to-be.

"No one knows what they're doing," she said. "We all just pretend that we do. I don't care how many kids you have. It's exhausting for everyone."

Amen to that. Let's stop with the parenting shaming and "just wait" comments implying that the real hard part of caregiving is lurking around the bend, from infant sleep regressions to teen drama.

That said, we can't help but ask: What is it with the Kardashian family and poop? In a Keeping Up With the Kardashians bonus clip from this year, Khloe's sister, Kim, revealed that she clogged the toilet and wanted to blame it on her little sister, Kendall.

It may sound like TMI, but when you've had cameras following you around for two decades, off-limits topics are few and far between. Khloe has spoken about many aspects of her parenting journey. In a March episode of KUWTK, she told Kim that her doctors warned her she was prone to high-risk pregnancies.

"They said it's like an 80-something percent chance that I will miscarry," Khloe told Kim at the time, though she (understandably) declined to get into the specifics in front of the cameras. "I almost miscarried with True at the beginning."

Khloe also admitted that her stress was at an "all-time high" trying to parent through a global pandemic, which likely had several other parents nodding their heads in agreement.

Love 'em or leave 'em, we can all probably agree on one thing: the Kardashians aren't afraid to keep it real. 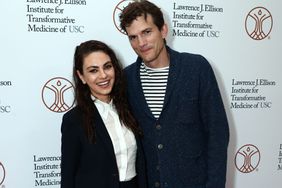