Inspired by the fictional show within a show on Issa Rae's hit HBO series Insecure, the We Stay Looking podcast tackles some of the most pressing racial disparities, most recently the Black maternal health crisis.

Acclaimed actor and producer Issa Rae has catapulted to the front of the list of creators who can seamlessly use humor to illuminate racial disparities after her widely successful comedy-drama, Insecure premiered on HBO in 2016. Her latest effort, We Stay Looking, a satirical true-crime style podcast produced by Raedio, Tenderfoot TV, and HBO Max, continues that trend and highlights topics, like the lack of response to the missing Black adults and children across the country, debuted December 8. The recently released third episode, "The Baby Boy is Mine," discusses how racism and bias impact Black maternal health care.

In the episode, in a fictitious scenario, Rose Cranberry (played by actress Terri J. Vaughn) helps new parents Kammie and Karlous after their baby goes missing just hours after delivery. The episode is peppered with Black cultural references and touches on several important issues, like the increased risk of death experienced by Black mothers and the dismissal of the concerns of Black families.

RELATED: The Maternal Mortality Crisis is Understandably Putting Black Millennials Off Children—We Need to Fix That

"They made me sit in the waiting room even though I told them I could literally feel my baby slipping out. What kind of treatment is that? They said scientifically, I have a higher tolerance for pain since I was Black," says Jade Novah, playing Kammie, a distraught new mother. Her tone was humorous, but the story accurately depicts the disparities in treatment Black people experience during birth. Researchers agree this sort of bias-driven dismissal of Black birthing people contributes to the disproportionately high maternal death rates among Black women.

We Stay Looking is Rae's latest effort to amplify the perspectives of Black people. The podcast continues the storyline introduced through the fictional series Looking for Latoya characters are sometimes seen watching in Insecure episodes. The show within a show features Cranberry, a Burlington Coat Factory employee, looking for missing 26-year-old Latoya Thompson, played by singer SZA. Cranberry's investigative work continues in the new podcast series.

The show makes good on its promises to address the media's lack of attention to the stories of missing Black people and to expose the corruption in the justice system. "I will be doing my best to take on as many issues as I can, but producers only gave me six episodes," Vaughn's character Rose Cranberry says in the trailer. "The budget only allows for so many Black stories a year. Apparently, after six they will have met their quota for diverse material."

The show supports the Black and Missing Foundation, a nonprofit that amplifies the insufficiently covered stories of missing people of color.

By the end of the third episode, Cranberry solves the mystery of the missing baby. She also leaves listeners with closing remarks that poignantly illustrate Black Americans' disappointment toward the American medical system.

"Our experience shouldn't include a persuasion of pain, ignorant assumptions in lazy paperwork," Vaughn's character Cranberry says. "The next time I have any health issues, I'll be pouring a glass of ginger ale and a hefty load of Vicks." 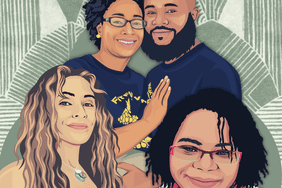