Lily Ebert is an unlikely TikTok breakout star who is using her platform to fight Holocaust denialism and spread her message of hope.

Lily Ebert is a TikTok star at the age of 98. If you're wondering what trending dance she started or which life hack or cat video helped her to amass a following of 1.7 million with 25.6 million likes, you might be surprised to know that her stories about surviving the Holocaust are what has everyone talking.

Ebert was detained and sent to the Auschwitz death camp when she was 20 years old because she is Jewish. Upon arrival, she was separated from her mother, brother, and one sister, who were immediately sent to the gas chambers and perished.

Ebert told CBS News, "What really happened in our darkest moment, we wouldn't think of that. It was not in our mind that something like that can happen."

In her TikTok videos, Ebert answers questions about her time in Auschwitz, what liberation was like, and how she managed to survive it all. When she shared her arm tattoo in a video, it went ultra-viral with 21 million views and 29.3K comments, catapulting the soft-spoken and gentle Ebert into the realm of celebrated TikTokers.

In that now-famous video, Ebert says, "My number is A-10672. That is what I was; they did not call us by our name. We were no longer humans. We were only a number, and we were treated only like numbers."

Ebert credits her great-grandson, 18-year-old Dov Forman, for starting the TikTok account during the pandemic, which he runs, helping to get his great-grandmother's message of hope and caution not to allow hate to repeat history. Together, the duo has made an incredible library of content that many are using to learn about anti-Semitism, the Holocaust, and Jewish life. They have also written a book titled Lily's Promise, which includes a forward from Prince Charles, who once commissioned an official portrait painting of Ebert.

Ebert and other Holocaust survivors on TikTok use the app to push back against the rising tide of anti-Semitism. According to the Anti-Defamation League's extremism tracker, the United States saw 2,100 assaults, vandalism, and harassment incidents last year alone, which was an increase of 12 percent over the previous year. And according to the FBI's hate crime database, Jews, who make up less than 2 percent of the population, consistently experience more than half of all religious-based hate crimes in the US.

But TikTok itself has been a significant problem in the spread of anti-Semitism, making it especially ironic and critical that voices like Ebert's break through the noise. During International Holocaust Remembrance Day, which honors the day Soviet forces liberated Auschwitz, TikTok launched a portal to battle Holocaust denialism by providing education. That portal introduced millions of users to Lily Ebert and her story, other Holocaust survivors, and Jewish content creators.

But many Jewish TikTok creators have long complained that the app can be dangerous for Jews because of the constant hate speech directed toward them in comments and private messages coupled with TikTok's refusal to remove anti-semitic content. One study noted that TikTok saw a 912% rapid rise in anti-Semitism between 2020 and 2021 on the app, including anti-Semitic user names, dog whistles, calls for violence, threats, and harassment against Jewish users.

The problematic lack of boundaries regarding anti-Semitism on TikTok makes Lily Ebert's story a special surprise. Her voice is truly powerful, and her message is clear: "I will tell my story, and I will change the world."

To learn more about the Holocaust, please visit The United States Holocaust Memorial and Museum, where visitors can learn about the history of the Holocaust, hear the voices of survivors, and learn how to confront genocide and antisemitism. And if you're on Tiktok, follow Holocaust survivors like Lily Ebert, Gideon Lev, and Tova Friedman. 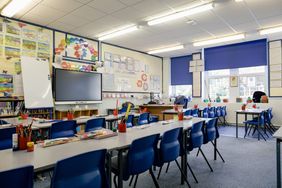