The viral video and the incident that inspired it has people wondering what in the world is going on.

With everything from super-filtered images on Instagram to deepfake videos popping up more frequently, it's becoming harder to differentiate what's real from what's not on the Internet. And every so often, a clip goes viral for that very reason. This week's example: People are freaking out over a TikTok which appears to document a woman breastfeeding a cat.

In the clip, which was shot as though it was taken by a passenger on a flight, a man complains to flight attendants that his row mate is nursing her feline. He says he wouldn't mind if it was actually a baby, but it's a cat swaddled and resting in her arms. The flight attendants argue with the man that the passenger just appears to be feeding her child. The clip ultimately reveals that the woman is, indeed, attempting to nurse a stuffed animal—specifically, a lynx.

The video made its way onto TikTok (where it has since been deleted), racking up over 35 million views and garnering a bevy of shocked comments. It also landed on Twitter where it spurred further buzz and speculation about its authenticity.

The truth: It's a parody video, reports Newsweek. The site notes that the sketch was originally posted online by The Gooch, a Facebook page hosting a variety of parody sketches—including several other skits featuring the same actors and another set onboard a plane.

That said, it was based on a real-life incident that allegedly occurred aboard a Delta flight back in November.

Newsweek had also reported on that alleged incident, which happened on a trip between Syracuse, New York and Atlanta, Georgia, noting that a flight attendant took to TikTok soon after the incident to note that "security met the flight because a woman was breastfeeding her cat."

She added in a follow-up post, "This woman had one of those, like, hairless cats swaddled up in a blanket so it looked like a baby. Her shirt was up, and she was trying to get the cat to latch and she wouldn't put the cat back in the carrier. And the cat was screaming for its life."

These Are the Best States for Breastfeeding in Public

The TikToks appear to have been since deleted.

It's heartening to know that, at the very least, the viral video is a parody. Still, it's not hard to come away from reading about this wondering if it's time to—as Twitter user JoJoFromJerz tweeted following her discovery of what supposedly went down aboard the real Delta flight—try "unplugging humanity and plugging it back in." 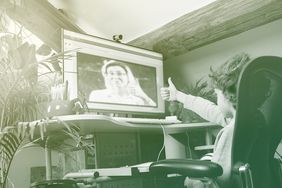 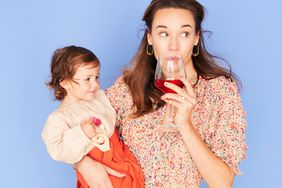 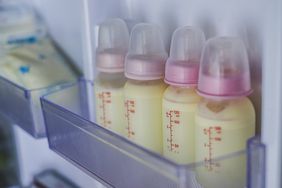 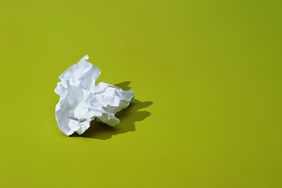