The nonprofit organization is launching a $500,000 effort to become anti-racist.

For nearly 110 years, the Girl Scouts of the USA (GSUSA) has noted its dedication to inclusion. The first troop of Girl Scouts included girls from the Female Orphan Asylum and the Congregation Mickve Israel synagogue. In 1917, the first Black troops and troops for disabled girls were established. And by the 1950s, the organization pushed for full integration of all its troops. Now, the nonprofit has announced they're launching a $500,000 effort to become anti-racist.

The investment comes from the Ford Foundation, an independent nonprofit grantmaking organization committed to advancing racial justice. According to a press release on the website, the funds will go to supporting GSUSA's commitment to "dismantle systemic racism within the organization and create impactful change in the communities Girl Scouts serves."

Specifically, GSUSA says they'll be hiring expert consultants to conduct a thorough audit of its programs, policies, and practices and evaluate the Girl Scout experiences of members and non-members nationwide.

The goal: to make "important progress toward fostering a welcoming space for all members."

The audit could provide data about the degree to which the nonprofit has trouble retaining members of color and why, according to a press release. And once the audit is complete, GSUSA will be figuring out how to best proceed. They might consider changing their language, marketing, and programming so that it's fully inclusive.

Interim CEO Judith Batty, who is the first Black CEO of Girl Scouts, told Mashable, "I think we need to understand, as a movement ourselves, where our issues are. They're not all the same across the country, of course, but what we want to deal with is the systematic racism that exists, not only in our society, but to the extent … [Girl Scouts] have systems [and] processes that reinforce the racial disparities that exist in the U.S., those are the disparities, and those are the processes and systems we want to dismantle."

She also noted that GSUSA wants "to be the organization that welcomes all girls, that all girls feel like it's their organization. We build girls of courage, confidence, and character, and we will continue to do that."

Clearly, GSUSA is committed to doing the tough work that is required to become truly anti-racist. While it's never easy to look at the cracks in any foundation, it'll be well worth the effort to ensure that the organization is fully welcoming, respecting, and supporting BIPOC members. 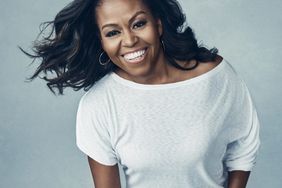