The beleaguered Redditor shared that his son's struggle to make friends has gotten harder as he's gotten older.

All parents want to see their children thrive—and a big part of any kid's happiness is their social life. Sadly, some kids struggle to connect with their peers, and the effect can be devastating. One dad took to Reddit to vent about how his son's uphill battle with making friends has led the teen to reject his birthday celebration altogether.

The original poster (OP), writing under the handle u/Ewokiel, titled the post, "My son has no friends to celebrate his birthday with. I thought this would get better but this was easier when he was 7."

He shared that he "just needed to rant," writing, "My oldest turns 14 tomorrow. He has always struggled to make friends, and it has gotten harder as he has gotten older. Elementary school was hard, but middle school was downright brutal. He's got a lot of issues with confidence, codependency, and empathy. Combine that with not liking things that most teen boys are into (sports, girls, social media, etc.) and he's left out even in groups that initially accept him."

He explained that he and his husband had "encouraged him to join clubs but haven't had much success in forming real friendships that sustain outside of school."

The OP went on to share more heartbreaking details: "I asked him what he wants to do for his birthday tomorrow, and he said he just wants to sleep in without his siblings waking him up. I asked if he wanted to go out to dinner, and he declined. He asked for us to not get him a cake either and doesn't really want his birthday acknowledged. I'm certain it's because of the lack of friends issue. When he was 7, and no one came to his party, we were still able to make it fun for him. I wish he was 7 again."

The post was met with some empathetic comments. "My son was the same way," Redditor u/Easilva662 shared. "No parties for him either, but we would take him to eat, go for some crazy lavish dessert and give him gift cards that we would then schedule to spend over the next few weekends. He's 20 now, actually celebrated yesterday (with family) and then took one of his gift cards and 2 of his friends to Denny's at midnight."

Redditor u/ashleylf90581gmail wrote, "You know I had to follow this thread because I felt like I was reading about my own son. He is extremely antisocial and is proud of being a loner, even though is sadly alone."

The commenter shared that their son has no interest in friends or spending time with family, so they created an interesting family rule to help add some balance: "We require two 'commitments' a year during school which is just extra curricular activities, which we usually wind up picking for him. He's about to start middle school in a new school with all new students, and I'm terrified for him."

Still, even though u/Ewokiel only seemed to be looking to vent, many Redditors jumped into solution mode. "Yah don't listen to him," wrote u/AggsTheCat. "He's saying he wants love and acceptance and acknowledgment, but that it's too painful bc he's being rejected so he's pushing it away. This is a great time to show him that family will always celebrate him! Let him sleep in and bring him breakfast in bed alone and then tell him what you have planned!"

The data reveals that teens' social lives are far more complicated than many parents previously thought, and although many (nearly half) of American teens appear to spend time alone, according to Pew Research, it may not be because they feel like social outcasts. When researchers sifted through responses from teenagers about why they don't see their friends in person much, they found the most commonly cited reason was they are simply overscheduled.

That didn't stop Redditor parents from wondering if this teen in particular just needs to be pushed in the right direction. Some suggested that the OP offer more hobbies or volunteer opportunities to help his son find more personal connections. But the OP was quick to point out that, "He has hobbies. He has interest. He explores those. He just doesn't have friends."

Redditor u/Dragonpaws_ encouraged the OP to let his son do what he wants, writing, "Offer to take him out for lunch. If he says no, then make a sammich. Order in from his favorite restaurant since he declined eating out, get a dessert, watch one of his favorite movies. Just be there for him. He doesn't have to be excited if he doesn't feel like it." To that, u/Ewokiel said, "I am. This was just a rant. Based on the response, I didn't communicate that well enough."

What many commenters missed was that this parent just needed a place to vent. And sure, the impulse to offer a friendly shoulder and some sound advice is strong, especially among fellow parents who know how tough it is to raise great people, but there is also something powerful about simply being listened to.

There may not be a magic solution to fix the problems that our children will face, but certainly, having a place to go where parents can rant and rave or simply reflect in a deeply personal way can help make it easier and less scary to get back to guiding our kids. 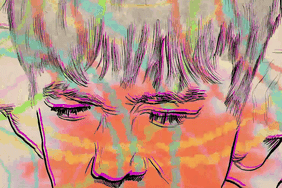